In 1912, prompted by a visit to the Venice Lido, Thomas Mann wrote a tale about ruinous desire in the face of a mysterious epidemic. Death in Venice told of cramped streets that reeked of disinfectant, the imperilled tourists on the seafront and a great man of letters destroyed by his love for a boy. Luchino Visconti later turned it into a film: Dirk Bogarde in a white suit and specs prowling the Grand Hotel des Bains.

While Mann’s old hotel still exists, occupying a prime parcel of real estate, its glory days are long behind it. The plan was to convert it into luxury apartments, but the renovation has stalled. Each time I have a spare 20 minutes, I find myself walking past it. The building sits behind a corrugated metal fence, its lower windows boarded up and its green shutters locked. The Hotel des Bains is in mothballs. Perhaps Venice should be as well.

The 77th Venice film festival is a curious affair, often anxious and wary, festive in name only. There are thermal cameras at every entrance and tubs of hydroalcoholic hand gel beside every door. By day, the place feels like a fabulous sandcastle built against the tideline. At night, it switches costumes and becomes a creepy gothic masque. Staged in defiance of Covid-19, the event’s very presence amounts to a bold leap of faith, possibly a pratfall.

The manager of my hotel says he purchased the premises only last year. What a 12 months he has had. Waist-high floods in November and now this, the virus. Business is down by 80 or 90%. He does not know where he goes from here. He does not see how the city can recover. “This place is a tragedy,” he says with a shrug.

Then again, away from the crowds, the noise and the ice-cream stands, Venice has always been the most melancholy and haunted of places, a backdrop for disaster, whether private or public. You can see it in Death in Venice, with its splash of wasted grandeur, or Nicolas Roeg’s Don’t Look Now, with its echoing footfalls and voices. It is a city of heat and rot and sudden downpours. The promise of tragedy might be its USP.

At least on the festival site, we are protected, with a strict policy of social distancing in place of the old hurly-burly. There are no gala dinners or beach parties and every screening must be booked online in advance. Masks are mandatory at all times, which means we are constantly confusing strangers for friends and conducting muffled conversations across a buffer zone two metres wide. Clearly, there is a trick to looking stylish in a mask, just as there is with every festival outfit. Cate Blanchett, the jury president, puts on a pleated blue covering and looks like a Marvel superhero. I wear the same thing and look like an angry old drunk she has to rescue from the burns unit.

What if somebody falls ill? It is a question that is murmured again and again. No one, it seems, has a definitive answer. In the midst of a screening of the Italian drama Padrenostro, the house lights come on and a ripple of panic goes through the rows of spectators. Is this how it happens? Do they now lock us in? Thus far, the event appears to be running smoothly, but it does not take much to remind the guests what is at stake. Every cough in the darkness resounds like a gunshot. We would like to switch seats, but this would breach the rules.

Monday morning brings torrential rain. There are thunderclaps and lashing winds. The big brutalist casino that serves as festival HQ springs a leak and water pours down the stairwell to spatter on the floor. A woman slips on the steps, but we are not allowed to assist her. She says: “I think God is trying to tell us something.”

The rain has stopped, but the thunder still rumbles when I take a boat across the lagoon to meet the Italian film-maker Luca Guadagnino. Heis sitting at a table in his hotel ballroom. “Take off your mask,” he says, with a what-the-hell flourish. This is Guadagnino’s third visit to Venice since Italy ended its lockdown in May. The film festival holds little fear for him. “It’s impeccably organised,” he says, “so that’s the main thing. The idea of making a festival happen under these circumstances, it’s smart, brilliant and simple. It’s about not flinching when facing the need for a communal theatrical experience. And it’s about using whatever means possible to ensure there’s no danger to those who attend. And they’ve made it, they’re making it, so kudos to them.”

After our meeting, the publicist casts a nervous eye at the darkening skies. She says: “I think you will have just enough time to get back to the Lido before the storm starts again.” Unfortunately, she turns out to be wrong.

What are the elements that constitute a good film festival? The pictures, of course, provide the base. But the people are its lifeblood: the film-makers and the reporters, the fans and the staff. Ordinarily, at such a big event, all of these people are ordered in a strict hierarchy. Stars at the top, the rest of us down below. This year it feels different. In that sense it feels better.

Maybe Guadagnino is right: we are all social animals, we crave new experiences, fresh knowledge, and we long to share and discuss this with others. “It feels miraculous to be here,” Blanchett declared. It is also, at heart, the most natural thing in the world. On the opening day, Venice’s outgoing director, Alberto Barbera, described the 77th edition as part of a noble endeavour, “a battle for civilisation and for culture” in the teeth of a crisis. That is a pretty bold claim to make about an event that contains a makeweight stoner comedy about a giant fly that robs banks. But, barring late disasters, the results may just bear him out.

If so, we all win – we all made the right decision to come. If so, Venice’s delegates are not a bunch of feckless fools (what the Italians call Covidiotis) who ran too lustily at the screen and got burned. They are people who adapted and cooperated – and took the first cautious steps towards an uncertain future, just as pretty much every generation before them has done. Compromising positions have always been part of the deal. The pursuit of happiness involves working within the world’s limitations.

In Visconti’s Death in Venice, the hero is heedless and silly and eventually meets a bad end, tottering out of the Hotel des Bains, hungering for beauty, for something fresh to sustain him. He is drawn to a boy on the beach. He reaches out to claim him and promptly dies in his deckchair. Here’s hoping for a brighter, better outcome for this year’s Venice guests.

Lovecraft Country follows Tic, a Black man who teams up with his close friend Leti and uncle George in hopes of finding his missing father. The show takes place in Jim Crow America, and throughout their journey, the group faces a bunch terrifying monsters. The cast is extraordinary at bringing this complex story to life, and once you start watching, you won’t be able to stop. You’ll be left thinking about this show for weeks after you finish, that’s a promise. Lovecraft Country will 100% live on to be one of the best TV series of the decade because it’s stimulating, poignant, and a must-watch for every American.

Where to watch it: HBO Max

I’d like to take this opportunity to remind everyone that Simba’s Pride is the best Disney sequel of all time. 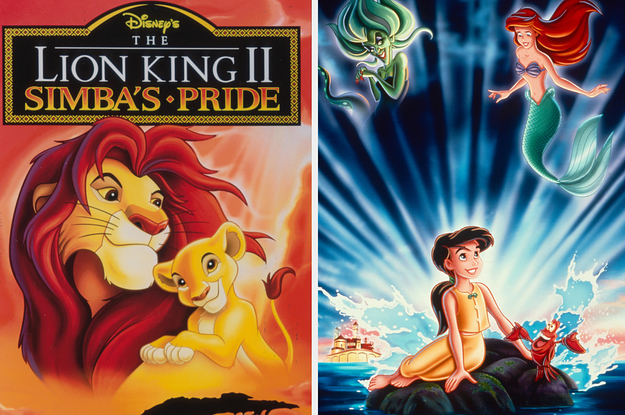 The Best Moments In "Virgin River"

Honestly, there are SO many good ones. Season three can’t come soon enough! 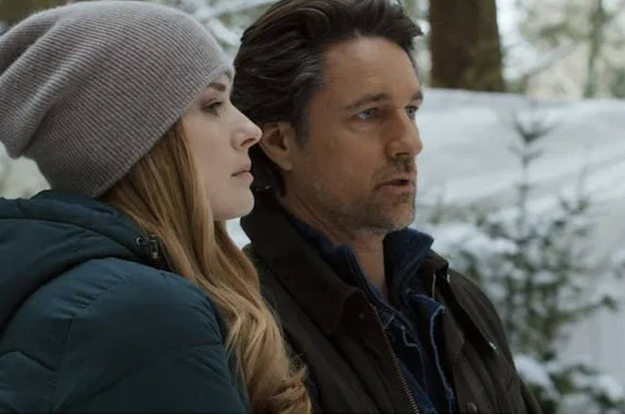