Terry Gilliam began filming his twisted Cervantes adaptation in 2000, but the production was derailed by endless problems, chief among them a storm that destroyed sets, as well as the admission to hospital of its title-role actor, Jean Rochefort. Revived and finished in 2017 with Adam Driver and Jonathan Pryce, the film’s troubles were not over: there were legal challenges to its premiere at Cannes (and health hiccups), and Gilliam weighed in unhelpfully on the topic of #MeToo while promoting the movie.

This charming, complex animation has the longest production history of any film on record. It was begun in 1964 by Richard Williams, who later received acclaim for his work on Who Framed Roger Rabbit, but financiers wrested it from his control in 1993. From there, two versions were released (The Princess and the Cobbler, followed in 1995 by Arabian Knight), neither of them complete or sanctioned by Williams, who died in 2019. Various fan edits (known as The Recobbled Cuts) have brought the film closer to his original vision.

Sixteen years elapsed between work starting on the screenplay of this Bollywood historical epic about Akbar the Great, emperor of India in the late 16th and early 17th centuries, and the film’s release. The production itself lasted 12 years, on and off. When shooting was almost complete, the director, K Asif, wanted to junk the black-and-white footage and start all over again in the newly available Technicolor format. His producers were unenthusiastic; some colour scenes were added instead.

Barbara Hershey gave Martin Scorsese a copy of Nikos Kazantzakis’s novel about Christ’s human, fallible side when they worked together on the director’s second feature, Boxcar Bertha, released in 1972. A version he planned to shoot in 1983, with Aidan Quinn in the lead, was thwarted partly by a campaign by Christian fundamentalist groups. When it was released five years later with Willem Dafoe replacing Quinn, and Hershey as Mary Magdalene, its opponents rained fire and brimstone down on the project. Franco Zeffirelli called the film “truly horrible and completely deranged”, his opprobrium undiminished by the fact that he hadn’t seen it.

Richard Linklater set aside a month each year from 2001 to 2013 to shoot Boyhood piecemeal in between his other films, allowing the cast, including Patricia Arquette, Ethan Hawke and newcomer Ellar Coltrane (who was six when shooting began), to age magically before our eyes thanks to that most special of effects: time. The director is now a year into an even more ambitious project: an adaptation of Stephen Sondheim’s counter-chronological musical Merrily We Roll Along, starring Beanie Feldstein, Ben Platt and Blake Jenner, which will be in cinemas – if they still exist – circa 2039.

What if … It Happened Here. Photograph: United Archives GmbH/Alamy

Kevin Brownlow and Andrew Mollo were in their teens when they started work on their groundbreaking pseudo-documentary, a chilling “what if?” that imagined Britain in the aftermath of its defeat in the second world war. During seven years of on-again, off-again production, they received moral and financial support from the director Tony Richardson, while Stanley Kubrick was so fascinated by the endeavour that he donated “short ends” from Dr Strangelove – rolls of film not completely exposed – for the pair to use.

It took five years for David Lynch to complete his unnerving and morbidly funny industrial-horror debut. Filming ground to a halt whenever the production ran out of money; family and friends (including Lynch’s art designer Jack Fisk and Fisk’s wife, the actor Sissy Spacek) chipped in to supplement the meagre income the director was earning from a paper round delivering the Wall Street Journal; Lynch also separated from his wife during the shoot, and slept in the disused stables where some of the film was made.

Stanley Kubrick had the idea of adapting Arthur Schnitzler’s novel Traumnovelle in the late 1970s, when he considered casting Steve Martin in the role that would eventually go to Tom Cruise. By the time Eyes Wide Shut was released in 1999, 12 years after his previous film, Full Metal Jacket, it had shed several cast members during a shoot that lasted more than 15 months (Jennifer Jason Leigh and Harvey Keitel, unavailable for reshoots, were replaced by Marie Richardson and Sydney Pollack respectively) and Kubrick himself had died. It was fitting that audiences should endure a lengthy wait for a film that has delayed gratification baked into its bones, with Cruise’s character repeatedly on the verge of having sex but never quite getting down to it.

This full-bodied Bollywood musical is uxoriousness in celluloid form. It was 1955 when the poet and director Kamal Amrohi conceived of a story in which his wife, Meena Kumari, would play the dual roles of a prostitute who dies in childbirth and the daughter who grows up to struggle, like her late mother, to escape her ignoble background. Shooting began in black-and-white in 1958 only to start all over again in colour and finally CinemaScope before hitting the ultimate speed bump: the couple’s separation in 1964. Five years later, Amrohi persuaded Kumari, who was by then suffering from liver cirrhosis, to complete the film in exchange for a divorce. She attended the premiere in February 1972 and died the following month.

You wait a decade or two for an awol director to return to the fray and then three turn up at once: Stanley Kubrick, George Lucas and Terrence Malick all reappeared at the end of the 1990s. Lucas took the longest (it had been 22 years since he directed the first Star Wars film) but loses points by dint of returning with The Phantom Menace. Malick at least had the decency to come back with this masterpiece. These days he pops out movies like Tic Tacs, but audiences had to wait two decades between Days of Heaven in 1978 and The Thin Red Line, his meditative follow-up about the battle of Guadalcanal in the second world war. It reduced stars such as John Travolta and George Clooney to walk-ons, left Mickey Rourke and Bill Pullman missing in action on the cutting-room floor and demoted Adrien Brody from leading man to near-wordless onlooker. All grist to the mill: the result was profound enough to be well worth the 20-year wait.

Why are Warner Bros persisting with the doomed Fantastic Beasts films? | Film

Mads Mikkelsen’s fantasy festival: the guests are kidnapped and Hannibal Lecter does the catering | Mads Mikkelsen 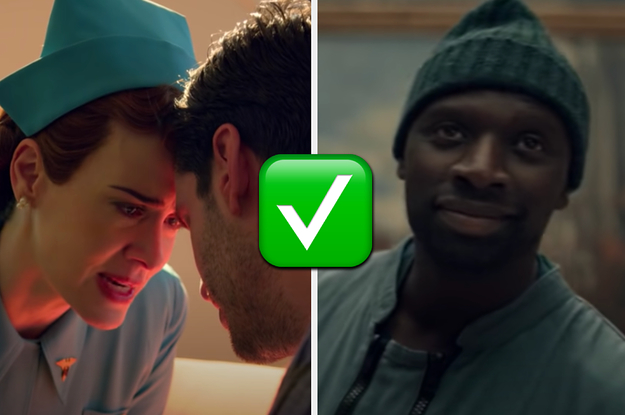