It’s an understatement to say that a lot has happened since the trailer for Disney’s live-action Mulan was released last year, shortly after Hong Kong’s controversial extradition law was put forward, which sparked immediate protests. The ongoing assault on democracy in Hong Kong has dominated international headlines, with the arrests of pro-democracy activists, newspaper editors and government legislators. With its original cinema release put on hold due to the coronavirus epidemic, Mulan is now emerging to a vastly different political landscape.

On the face of it, the new Mulan is a missed opportunity for Hollywood to explore Chinese history and identity, a confused and superficial statement about Chinese nationalism. A hodgepodge of Chinese historical mise-en-scène, wuxia-style choreography, cheap orientalism and stilted dialogue, it’s also become a lightning rod for pro-democracy and human rights protests around the world.

I am still an unabashed lover of the 1998 cartoon. It was a film that reflected the complexities of my upbringing as the half-Chinese daughter of a mainland Chinese immigrant growing up in the former British colony Hong Kong. The themes of struggling to fit in, reconciling your own identity, and the pressure of making your family proud were a unique package. The presence of Chinese-American screenwriter Rita Hsiao on the 1998 Mulan writing team seems to have been forgotten: she no doubt helped to create the film’s sense of the second- and third-generation immigrant experience, subtly inserting joyful references to Cantonese culture throughout the film.

The new film follows most of the original’s storyline, but major elements of the cartoon have been removed, including the wise-cracking dragon guide Mushu and Mulan’s love interest, Captain Li Shang (today a bisexual icon). They are replaced with a sister with no purpose, a phoenix who doesn’t do very much but looks pretty, and two new villains, Bori Khan (Jason Scott Lee), a nomadic leader, and a witch called Xian Liang (Gong Li), who operates as Mulan’s Lacanian “double”. Li ultimately steals the film with several scenes between her and Mulan (Liu Yifei) that prickle with sexual tension as she attempts to turn Mulan to the dark side. But that’s about as close to passion as we get in this film.

Perhaps most jarring is the decision made by the film’s four credited screenwriters to strip our heroine of any flaws, bestowing her instead with a mystical “force”. To do this they repurpose an element of Chinese culture known as Qi, which translates as “breath” or “air”. Philosophers describe it as a type of energy or living metabolism in all beings – though not a special, individual power. (Before he died, my Beijing born father used to hug me when I was upset in order to get rid of the “bad Qi”.) In the film, Qi gives Mulan superhuman physical powers. Unlike the animation’s average teenager, who works hard to succeed as a soldier, the new Mulan is ready made. The child Mulan can already wield a sword like a warrior. She can even fly. The fact she holds Qi is repeated too many times to count, even though the film doesn’t explore it in any meaningful way.

Other changes are more sinister. China has a tradition of “gǔ wéi jīn yòng” (“Use the past to serve the present”). The Mulan legend has been adapted many times, and the character’s origins have changed to suit. Historians largely agree that Mulan was a member of the proto-Mongolic Xianbei people, who lived in northern China in the 5th century. Over time her nomadic identity has been removed, and replaced with that of the dominant Han ethnicity. So claiming this new Mulan is an “authentic” version of the legend is especially ironic at a time when China is cracking down on Mongolian cultural identity alongside the imprisonment and “re-education” of Xinjiang Uighurs.

The film-makers also made no secret that they were appeasing Chinese censors. In the Hollywood Reporter, it was made known that they went so far as to edit out a love scene.

However, controversy over this live-action Mulan really kicked off after the lead actor, Chinese-born naturalised-American “Crystal” Liu Yifei, declared her support for the Hong Kong police after they committed acts of brutality against Hong Kong protesters last year. This sparked the #BoycottMulan movement, which, on the film’s release last week, re-emerged in Taiwan, Thailand and Hong Kong, with ongoing protests in other countries. It has also emerged that the film was partly shot in Xinjiang.

In a recent roundtable discussion, Disney’s chief creative officer Alan Horn evaded a question over the political implications of Liu’s comments, saying: “It’s not hard to offend somebody somewhere … we’re not political.” But whether Horn or Disney like it or not, the film has become political, and a symbol of Hollywood’s ongoing pandering to the CCP for funding and box office revenue despite the government’s human rights abuses.

What made the original so great was the successful amalgamation of the commercial with the artistic. It did not attempt to be anything but a children’s film, a heart-warming tale of bravery and identity with universal appeal and a strong feminist message. This new adaptation was clearly produced to reap rewards at the Chinese box office and has ended up supporting the Chinese government’s aims. However, it is bogged down with its own glossy, pastiche depictions of ancient Chinese culture – in short, a bewildering piece of cinema, “as mysterious as the dark side of the moon”.

Are Your Disney "Would You Rather" Opinions The Same As Everyone Else's? 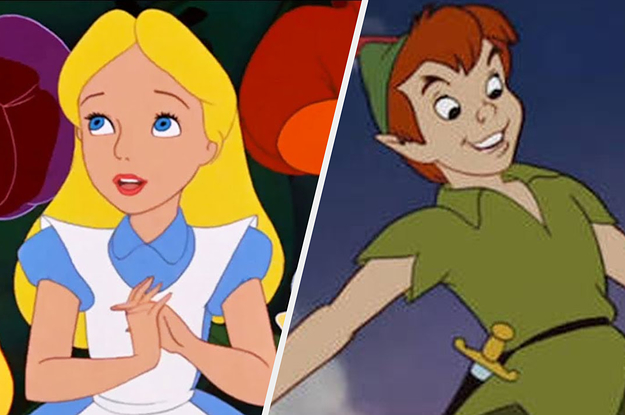 Lovecraft Country follows Tic, a Black man who teams up with his close friend Leti and uncle George in hopes of finding his missing father. The show takes place in Jim Crow America, and throughout their journey, the group faces a bunch terrifying monsters. The cast is extraordinary at bringing this complex story to life, and once you start watching, you won’t be able to stop. You’ll be left thinking about this show for weeks after you finish, that’s a promise. Lovecraft Country will 100% live on to be one of the best TV series of the decade because it’s stimulating, poignant, and a must-watch for every American.

Where to watch it: HBO Max

I’d like to take this opportunity to remind everyone that Simba’s Pride is the best Disney sequel of all time.

‘Arm yourself with facts’: four ways to help convince your parents to ditch the dairy | Parenting your parents