Here’s a quiz for cinephiles: think of a movie that wouldn’t have won best picture under the Academy’s new representation and inclusion standards. Under the new regulations, which will come into effect for the 2025 Oscars, entries for best picture must satisfy two of four criteria to be eligible. The headline criterion is on-screen representation: at least one lead character in the movie must be from “an underrepresented racial or ethnic group”; at least 30% of the general ensemble cast must be from at least two underrepresented groups (women, racial, ethnic, LGBTQ+, or people with disabilities); or the movie’s subject must concern one of those groups.

What wouldn’t qualify on those criteria? Maybe the first world war movie Wings, the very first best picture winner, from 1927? Or other white, male-heavy war movies such as Patton (1970), Platoon (1986) or Braveheart (1995)? Laurence Olivier’s Hamlet, which won in 1948? The French Connection? The King’s Speech? Or does a stammer count as a disability? Also bear in mind the new criteria wouldn’t weed out such questionable winners as Driving Miss Daisy, Crash, or last year’s Green Book.

Predictably, the backlash has already begun. The Academy’s announcement was greeted on its own website by comments including: “You ruined the Oscars. It’s no longer about a cinema as a genre of art. Now it’s totally about politics,” and “forced diversity lowers quality of the product”.

Movies have always had to tick some boxes, you could argue, in terms of animal cruelty, for example, or child labour. But given how US society is on perpetual standby for a new culture war, this could easily develop into a new front.

The real question, though, is whether these criteria will really change anything at all. Especially when you look at the other inclusion categories. On-screen representation is one of the four categories: “standard A”. The others call for similar representation behind the camera: in key crew members and department heads (standard B), in studios and distributors’ apprenticeship schemes (C), and for representation in marketing, publicity and distribution (D).

These are easy hoops for most modern movies to jump through. Standard B, for example, covers 14 key positions. Some of those are still white and male-dominated, such as director and cinematographer; others are already mostly done by women. According to Women in Hollywood’s statistics for movies released in 2018, a total of 84% of costume designers were women, as were 83% of casting directors, 78% of hair department heads and 76% of makeup department heads. The overwhelming majority in each case were white women. So to tick box B, most movies would not have to change a thing. (Wings also would hang on to its 1927 Oscar, incidentally, since it was co-written by a woman: English screenwriter Hope Loring.) Categories C and D are not necessarily difficult to satisfy either: most major studios and films do already. So as long as you tick two of the other boxes, you could still theoretically submit an all-white, all-male remake of Birth of a Nation and qualify. Which would at least silence some of the culture warriors.

Still smarting from the #OscarSoWhite debacle five years ago, the Academy has been at pains to rebrand itself, at least cosmetically. The impression of the awards as being decided by a bunch of stale, pale, male Hollywood veterans was an increasingly bad look, and the drive to reposition the Academy as a global, 21st-century organisation has been under way for some time. Primarily this has taken the form of a membership shake-up – gently wheeling out the old white guys and welcoming in some diverse new blood. This year’s intake was 45% women, 36% underrepresented ethnic/racial communities, and 49% international, from 68 countries.

The Academy also recently announced plans for mandatory “unconscious bias training” for all Academy governors and staff – open to all 9,000 members, too. The new direction has already manifested itself with best picture winners such as Moonlight in 2016 and Parasite this year. But if movies like these can succeed without the inclusion standards, how much are the new rules needed?

A cynic might put the Academy’s makeover down to concern over its own image – Hollywood is no stranger to vanity, after all. But the commitment to drive structural change is surely sincere, even if it is constrained by the twin demands of respecting “tradition” and not getting ahead of the industry’s slow progress. So you could say the Academy is being seen to do something, but not too much.

The new inclusion standards were partly inspired by a similar initiative launched by the British Film Institute in 2014, which demanded that films meet certain diversity standards on race and gender inclusion to get BFI funding. The standards were later adopted by other British organisations including BBC Films, Film4 and Bafta. A report on the results of the initiative published this July, however, found that little progress had been made in discrimination against black, Asian and minority ethnic professionals, before or behind the camera. Non-white people still had fewer employment opportunities and were far less likely to be cast as main characters in films, and minority experiences were far less likely to feature.

Far from suggesting the BFI’s initiative was a failure, these findings prove how much they are needed. They are evidence that those structural inequalities exist, and that they are resistant to change. The word “underrepresented” is often glossed over as a meaningless descriptor when in fact it is a literal and accurate one.

The barriers to entry in the awards game are already high. Getting a feature film funded, made, distributed and exhibited in the right format, in the right place, at the right time to qualify for major awards is a huge challenge – and one that favours established practitioners. Playing fields don’t level themselves. Far from compromising art through “forced diversity”, removing barriers to entry for underrepresented people results in better movies, not worse ones. As with the UK’s film industry, the Academy’s new standards could be seen as small but significant steps in addressing a problem that will take a long time to correct. 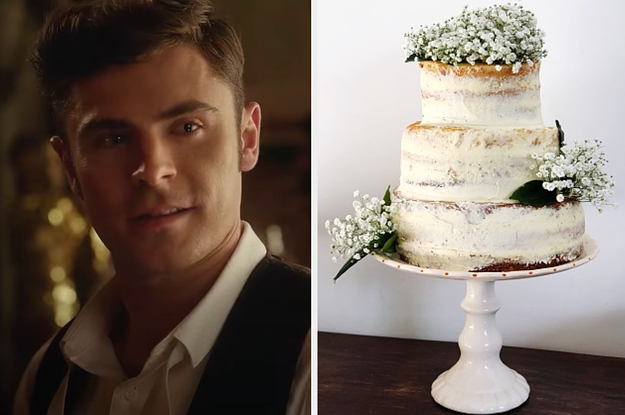 Be sure to your use your noodle!

For more SOUPer quizzes and recipes, check out all our Soup Week posts here from now through January 31!

Get all the best Tasty recipes in your inbox! Sign up for the Tasty newsletter today!

This is how you can style your little black dress