The past year has been a dampener of sorts for celebrations, especially weddings. Though cosy, intimate weddings are also becoming a trend, 2021 is expected to be the year of big celebrations and larger weddings. While brides have always been the centre of attention, thanks to their sartorial choices, men have now been bitten by the style bug and are ruling the parties and social dos.

Women adore a well-dressed male, whether he’s flaunting a sharp tuxedo or a classic sherwani. During the wedding season, sherwani takes the front row. We got in touch with Ravi Gupta, owner and creative designer, Gargee Designers to list out the sherwani trends of 2021 and here’s what he had to say:

The trend for the year is stylish sherwanis to make a strong statement of personal style. Classic bandhgala sherwanis are for the straightforward chic groom. 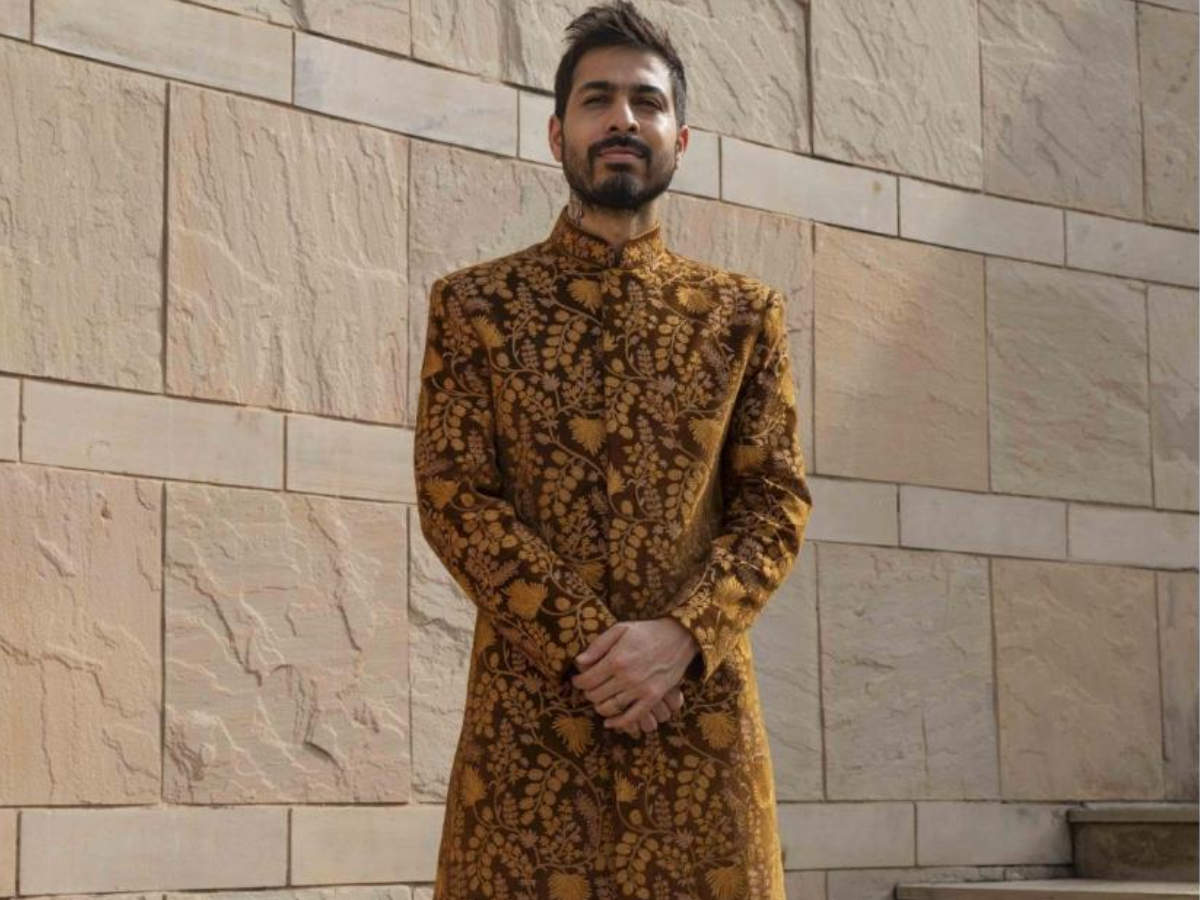 
2021 is also the year, when handcrafted and embroidered sherwanis will be most in vogue. They give the traditional attire an elegant touch. 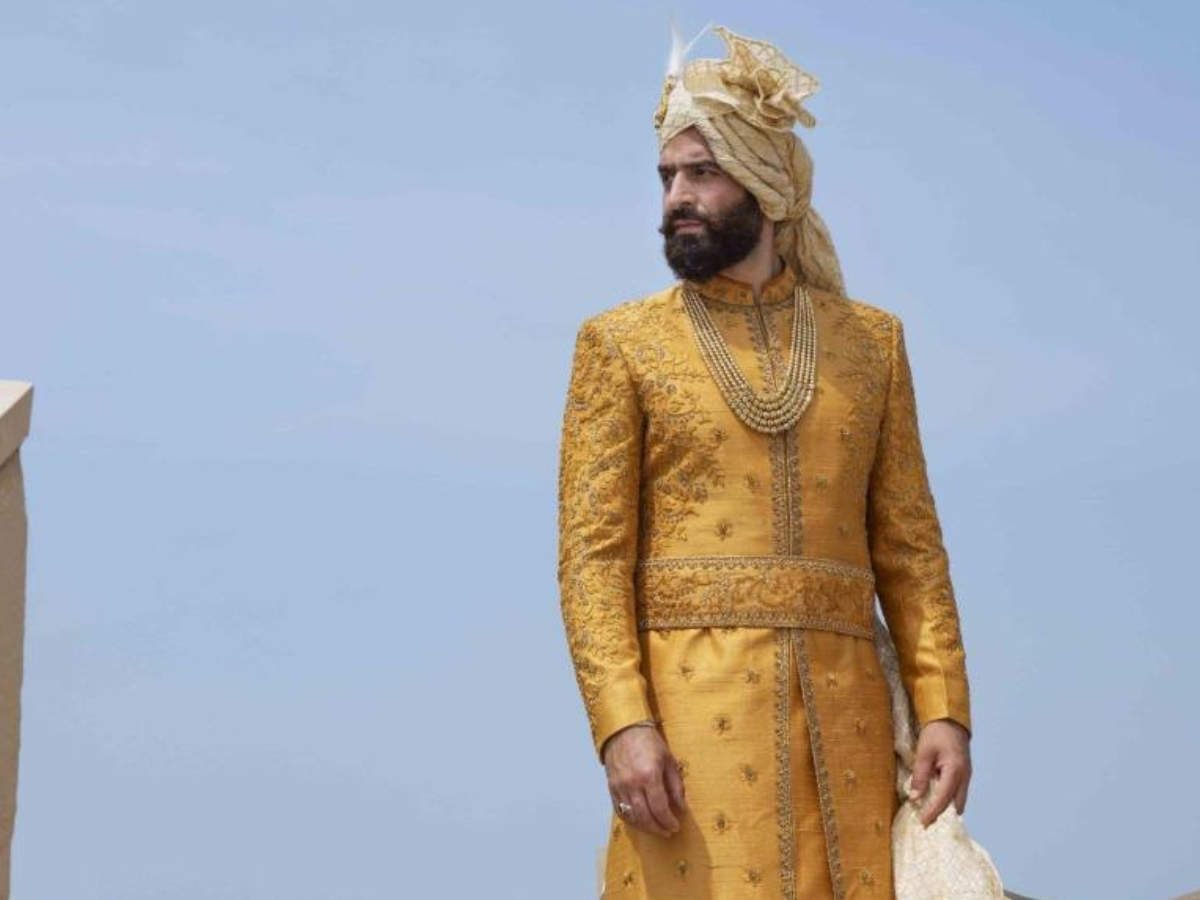 
Indo-western styles, such as cross-chest bandhagalas, achkan styles for length, embroidered chest designs with modern placement and safas, are some of the trends we will see at most weddings.


Printed bandhgalas are also perfect to give a distinct touch to the groom’s style. They can make the entire look more dressy.

Floral prints are also in demand and are also making a large impact in the fashion industry for men.

“Grooms this year can make a style statement by embracing the new trends. We have seen that grooms and men, in general, are well aware of fashion in their category. They have a good idea of what their personal taste is. They like their attire to look on point for a specific occasion. Having said that, grooms understand that trends can also be something that might restrict their style. We often take various designs and blend them to suit the groom’s body type and personal style,” says Ravi.

“This year’s colour by Pantone is Ultimate Grey and Illuminating (yellow), which can be used as the theme for the entire wedding. The groom’s attire can be filled with combinations and patterns that complement his personal style. The colours create a vibe that’s perfect for the celebrations. Textured and monotone embroidery on sherwani is the best trend for the year,” adds Ravi.

Whatever said and done, sherwani is one trend that a groom can never go wrong with. Agree, boys? 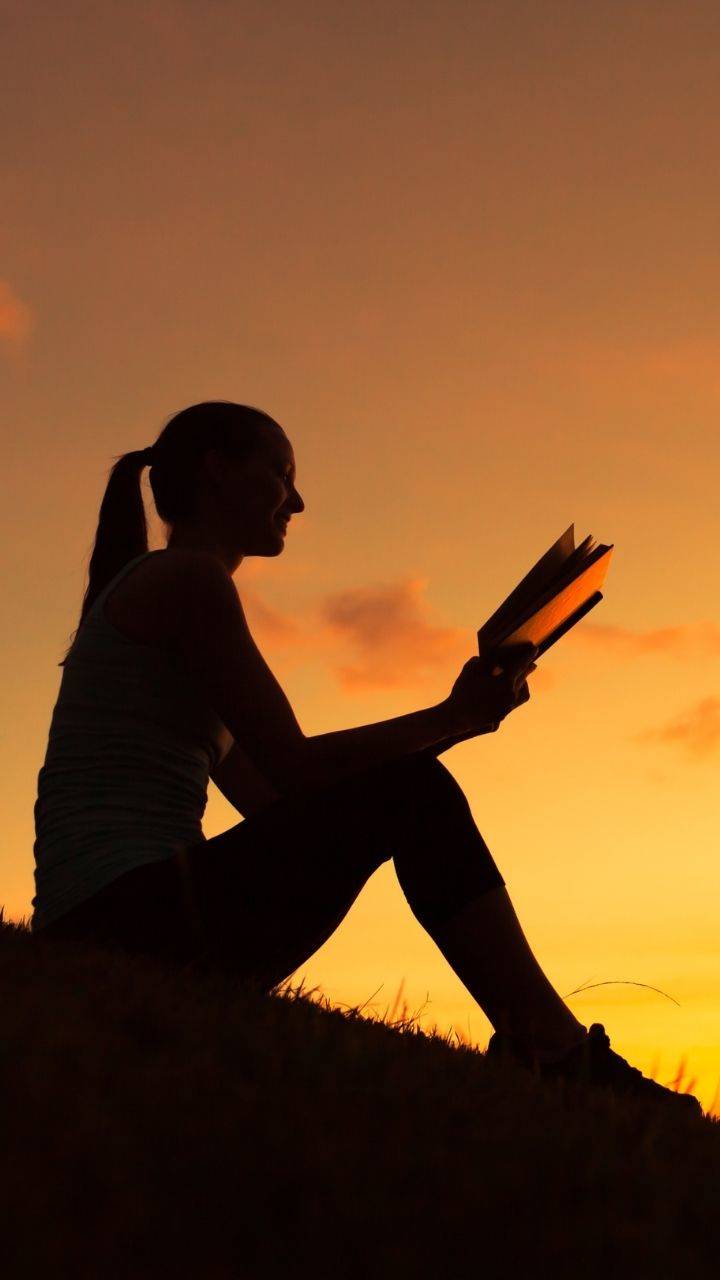 Here are some of the biggest book lovers from literature, which one do you relate to the most?

3 types of stuffed garlic bread to make at home

The dilemma My son, with whom I’ve had a very difficult relationship, recently had a baby. After a lovely and hopeful beginning where he seemed to be softening, he’s returned to his old habits of saying and doing deeply hurtful things with every visit or text.

His son is my first grandchild and, of course, such a joy, but it’s not possible to experience the happiness of the baby while receiving such abuse and hatred from him. He’s said in the past that he behaves this way because of his mental illness, which I understand to be anxiety, but I find it is a very selective illness that comes out only at me.

His father and I divorced recently and the family is fairly shredded. I’d hoped the baby would give us something loving to focus on, but my son’s behaviour is making things worse. I’ve done everything I can to be supportive in the midst of all my own life changes (new house, new city, new job, single after 30 years of marriage). I let them have a home birth in my house. I’ve visited with food, given them money, helped them move… all normal parent things. But neither has expressed any gratitude. I’m feeling they’re using the baby to manipulate me. I want to be a proper grandmother. It is heartbreaking.

Mariella replies Step back. I can feel the drama of your emotions from here and it’s not helpful. As you say, a first grandchild is a happy event and might seem an ideal opportunity to bring you closer together. But, just as having a baby won’t resolve long-term issues between parents, neither will it provide the reset button on your relationship with your son. A newborn should enter the world unencumbered by responsibilities, but so much of what goes wrong in early childhood is as a result of the expectations that are heaped on them.

We tend to see babies as any number of things aside from themselves: the offer of new beginnings, distractions from unfulfilled ambitions, bonding for bad relationships, opportunities to reinvent our own miserable childhoods or press repeat on happier adventures in youth. None of this is a fair or functional expectation from a new addition to the species whose only duty should be to make themselves priority number one and grow up to realise their full potential without the juggernaut of past family baggage.

I’m not unsympathetic to your desires, but it sounds as if you need to do a lot of work before unimpeded access to your grandchild becomes an earned right. You mention your son’s mental illness as though it were a side-show. But by neither sympathising nor trying to understand it you are ensuring nothing will change. Suggesting it’s less credible because you feel it’s entirely directed as you is a failure to understand what your son is struggling with. It’s those we rely on most or have the strongest connection to (no matter how dysfunctional) who often bear the brunt of our unhappiness. From one angle your son’s bad behaviour could signify how much emotional investment he has in your relationship and how frustrated he is that it seems unrequited or unavailable in a way he recognises.

The arrival of your grandson has been a catalyst that has revived old issues. Now it’s about how you handle things that will define your future relationship with your grandchild and also, importantly, with your adult child. My sense is that there’s a lot riding on your ability to press reset and change the dynamics of your mother-and-son relationship. That doesn’t mean you should put up with abuse and if you feel that his behaviour goes beyond what is acceptable you need to withdraw from his life and seek professional help – perhaps from an organisation such as Mind (mind.org.uk).

You mention you’ve also had a lot to deal with in your life and I can understand you may feel under emotional siege, but that doesn’t mean you’re entitled to demand compassion, and let’s not forget that your son won’t be unscathed by his parents’ divorce. The position you find yourself in is down to the luxury of having choices; whether they’ve been good or bad is irrelevant. What matters is you are now at a watershed moment in your life and how you proceed will depend partly on leaving the past behind. As the brilliant author Shirley Hazzard observes in one of her searing short stories: “One doesn’t really profit from experience, one simply learns to predict the next mistake.”

You say that you feel your grandson is being used to manipulate you, but I have a niggling feeling it may be you placing over-onerous expectations on the child’s arrival. Your son has had a baby – now it’s up to you to ensure your relationship with him becomes one where your presence in their lives is a gift and not a chore. One of the few pleasures of increased maturity is the chance to precipitate change with the help of accrued wisdom. It’s takes two to tango I agree, but it’s also true that someone has to make the first move.

If you have a dilemma, send a brief email to [email protected]. Follow her on Twitter @mariellaf1