It’s not an obvious meeting of material and film-maker, but Ben Wheatley’s Netflix-produced adaptation of Daphne du Maurier’s Rebecca is a perfectly watchable romp that bounces along like a cheerful labrador. It is not, however, immediately obvious where the twisted, at times bracingly weird Wheatley sensibility fits into this rosy-cheeked version of Du Maurier’s tale of sanity under siege (scripted by Jane Goldman, Joe Shrapnel and Anna Waterhouse). We catch a glimpse of it when the new Mrs de Winter (Lily James) stumbles into a below-stairs bacchanal, while upstairs, her own party is an extravagant disaster.

Personally, I would have preferred a little more Wheatley edge, a little less Country Living. That said, there’s much to enjoy here. Armie Hammer is perhaps too sunny as Maxim de Winter, but Kristin Scott Thomas is cut-glass perfection as Mrs Danvers, with her bloody gash of crimson lipstick and the silky cruelty in her voice. And the production design is glorious – particularly Rebecca’s sumptuous eau de nil boudoir, its aqueous colour palette hinting at the fate of the first Mrs de Winter even as sense memory of her presence lingers in every room.

In cinemas/on Netflix from 21 Oct

So often, when people — usually young people — are in love, they compare themselves to other famous couples: Catherine and Heathcliff, Romeo and Juliet, Bonnie and Clyde. But all these couples are either awful, idiotic, or criminals.

So, when I came across this Reddit thread about couples people should be comparing them and their S.O. to, I couldn’t agree more.

Here are some of the best replies that’ll have you screaming #CoupleGoals:

Carl and Ellie from Up:

Gomez and Morticia from The Addams Family:

Bob and Linda from Bob’s Burgers:

Zoe and Wash from Firefly:

Hal and Lois from Malcolm in the Middle:

Chidi and Eleanor from The Good Place:

Jake and Amy from Brooklyn Nine-Nine:

Peter and Elizabeth from White Collar:

Ben and Leslie from Parks & Recreation:

WALL-E and EVE from WALL-E:

Patrick and David from Schitt’s Creek:

Mike and Phoebe from Friends:

Aragorn and Arwen from Lord of the Rings:

Dwayne Wayne and Whitley from A Different World:

Last, but not least, Shrek and Fiona from Shrek:

24 Horror Movies That Aren’t Too Scary

What it is: Another satirical slasher film about a group of college students on vacation in the woods, but this time, the villains are two friendly hillbillies who just happen to always be in the wrong place at the wrong time.

Why it’s not too scary: “Does it have some kind of scary, gory moments? Yes. But the heart and the humor more than make up for it. I’m a horror fanatic, and it’s the kind of movie that I recommend to everyone, even those who don’t care for horror. Everyone I know who has seen the movie absolutely loves it.” 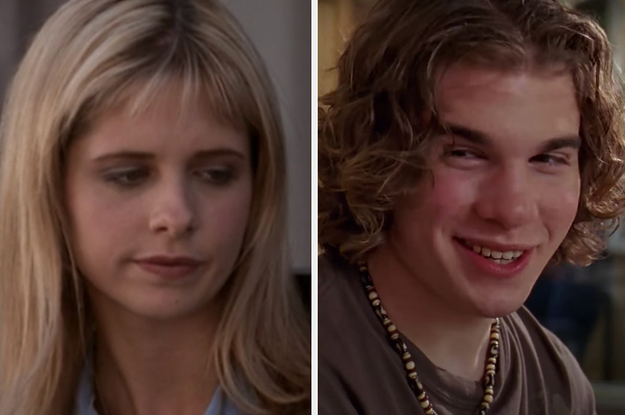