Leslie first joined SNL as a writer in 2014 before becoming a full-time cast member on the show. In 2019, she announced she was not returning for Season 45 which premiered on Sept. 28 that year.

When asked if she missed her former gig, she gave her honest thoughts: “I don’t miss it. At all.”

Leslie mentioned that she does miss former castmate Kenan Thompson — but working on SNL was another story.

In an interview with USA Today, Leslie also opened up about being on the show, mentioning her appreciation for what she learned and the challenges of her experience: “I love what I learned there, but I (was) 47. That’s a hard job. It’s very restrictive.”

“Now I’m free, and y’all can really see Leslie. You can see what Leslie can do. What I learned there is great, but I don’t miss the hundred hours a week. I don’t miss them cold nights. I do not miss that,” she added.

Since leaving SNL, Leslie has pursued other projects like becoming the host of ABC’s Supermarket Sweep, a reboot of the popular game show from the ’90s, which is set to premiere on Oct. 18.

Plus, it was previously announced that she joined the cast of Coming 2 America, the highly-anticipated sequel to the classic comedy Coming to America starring Eddie Murphy.

With all these exciting projects Leslie has going on, I can’t wait for what’s to come next.

Are You Jack Or Sally From Nightmare Before Christmas?

Which "Over The Moon" Character Are You?

“If you give love, you’ll never lose love. It only grows.” 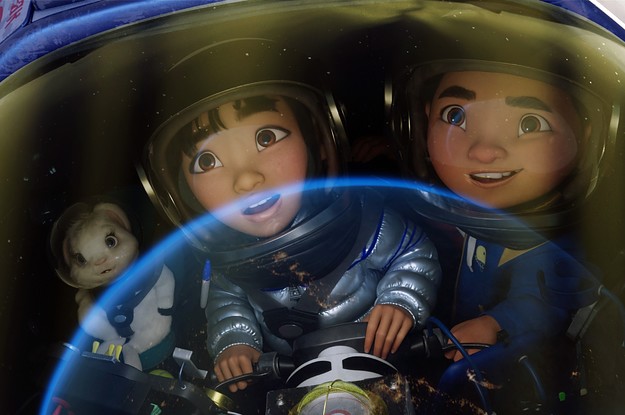 Legacy” Atones For The Sins Of The Original

To teenage me, The Craft, released in 1996, was everything. The four teen girls who formed the coven at the center of the movie were like the Spice Girls for when I was too old for the Spice Girls, except every girl was Scary Goth Witch Spice, which was even more perfect.

The first time I bought a book about witchcraft from the Coles at a suburban mall with my friends, I hid the bag under my hoodie when my dad came to pick me up. It was secret, special, powerful, and just taboo enough to appeal to me, a white, middle-class girl in the mid-2000s longing for ways to rebel. Soon I was squirreling away crystals, herbs, and incense into shoeboxes under my bed and meeting my friends in dark parks to light candles and call upon the four corners.

I was raised without religion, and I’m not prone to believe in anything I can’t see, but there was comfort in those practices. There still is. Even now, I have my witchy knickknacks and a tarot card collection. While I remain unclear on how to define it, what some would call a bunch of woo-woo encompasses whatever spiritual side I have. And whenever I feel like that side of me needs a boost, watching The Craft is a guaranteed way to light a spark.

I’m positive that my childhood pals and I were far from the only millennials who moonlighted as witches because of that movie. Now, 24 years after The Craft’s release, its baby sister is here. The Craft: Legacy, released on premium streaming platforms this week, promised a very Gen Z follow-up to the original, and while it’s definitely more of this time than the late ’90s, it’s more of an apology for its predecessor than a faithful follow-up.

As influential as the original Craft was, much of it doesn’t hold up. It’s actually less about girl power and more about how power in and of itself can be a corrupting influence. As the girls come into their powers, one by one they’re punished for daring to seek it. The trouble starts when good-girl protagonist, Sarah (Robin Tunney), casts a love spell on her douchebag crush and then is nearly raped while he’s under the influence of that magic. Rochelle (Rachel True), the only person of color with any meaningful role in the film, hexes her racist bully so her hair falls out, and then for some reason feels bad about it. Bonnie (Neve Campbell) removes the burn scars that bring her shame, finds a well of confidence, and then gets too full of herself, or something. Then Nancy (Fairuza Balk), who appears to come from a homelife of poverty and trauma, goes completely off the rails. As this goes down, their circle falls apart and girl is pitted against girl.

The message, if there is one, seems to be that the girls couldn’t handle power; they could only fall victim to it. And, frankly, that sucks. Rochelle’s bully deserved to get what was coming to her, and Nancy deserved a chance at a better life. Most of all, Sarah didn’t deserve sexual assault as a means to learn a lesson.

I would guess that The Craft: Legacy’s writer and director, Zoe Lister-Jones, had the same thoughts, because a different kind of politics are on full display in Legacy.

If nothing else, Legacy is trying really, really hard.

The movie is very aware of the role of identity and diversity. When one girl, Frankie (Gideon Adlon), makes a reference to the magic of wombs and then profusely apologizes, we learn one of the girls, Lourdes (Zoey Luna), is trans. “Y’all know trans girls have our own kind of magic anyway,” she says. When the girls make wishes, Tabby (Lovie Simone), who is Black, voices a desire for more Black friends, a sort of fourth-wall-breaking reference to its rather white cast.

There’s another douchebag love interest this time around too, but rather than using a love spell, the girls hex him to be more socially aware. He turns from a classic idiot bully to a boy who name-checks Janet Mock and openly shares his feelings. It is, admittedly, cheesy, but I struggle to fault something so earnest. If nothing else, Legacy is trying really, really hard.

Just as the aesthetic of Legacy is more bedazzled eye a la Euphoria than it is ’90s goth schoolgirl, some things needed to change to keep up with the times.

Yes, Legacy goes hard on its politics, but I don’t think it’s out of place. Just as the aesthetic of Legacy is more bedazzled eye a la Euphoria than it is ’90s goth schoolgirl, some things needed to change to keep up with the times. For a lot of Gen Z’ers, that wokeness isn’t empty symbolism or virtue signaling but a mandatory state of being. It’s not weird or forced for them to have a trans best friend (or to be trans themselves) or to take a stand against rape culture. It’s just how things are.

In that, Legacy soothes some of my pain about the original, and it was a welcome balm. But in the end, it’s just a sillier ride. There are a lot of giggles and corny, magical montages; overall, the script feels clunky compared to sharpness of the 1996 version. The magic feels more fantastical and less dark and esoteric, and it certainly doesn’t go into the dark depths that The Craft does. Legacy is fun with just the slightest hint of spook around the edges, whereas The Craft had bite and horror and real danger.

And, sadly, I don’t think Legacy is going to inspire a new generation of witches the way The Craft did. Maybe a few teens will watch it and go get magical in dark parks as I once did, but the vibe isn’t going to be the same. The stakes are lower, the central conflict is messy, and, ultimately, the spark I felt with the original just isn’t there. In that, Legacy fails to live up to its legacy. As a stand-alone movie, I’d leave it be, but as a sign that we may have evolved beyond punishing girls who seek power, I’ll take it. ●

Which "Beetlejuice" Character Are You? 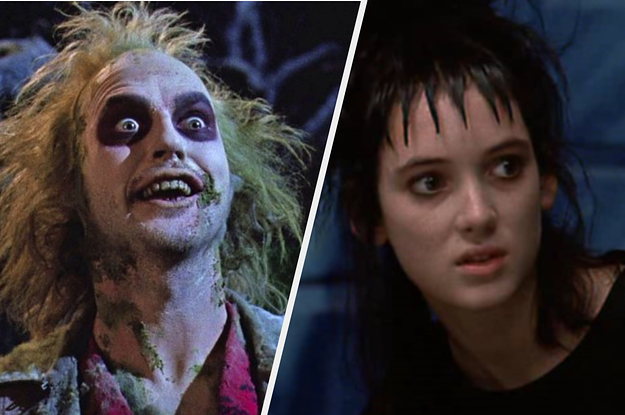 In troubled times, a ritual walk can clear the mind and soothe the soul | Walking