The ghosts of Victor Hugo’s downtrodden 19th-century rebels haunt Ladj Ly’s César-winning contemporary urban drama, a streetwise tale of France’s dispossessed masses, brought once again to the brink of rebellion. Nominated for best international feature at the 92nd Oscars (it lost out to Parasite), it presents a powder-keg portrait of broiling tensions, recalling both the pressure-cooker structure of Spike Lee’s Do the Right Thing and even-handed vérité grit of David Simon’s monumental TV series The Wire. Taking care never to paint its complex characters in simple black-and-white strokes, this slips stealthily from astute observation to urgent action, reminding us of Hugo’s maxim that “there are no such things as bad plants or bad men. There are only bad cultivators.”

We open in a moment of ironic harmony, as tricolour-clad revellers celebrate France’s 2018 World Cup victory, with the Eiffel Tower and the Arc de Triomphe glittering in the background. But that harmony soon dissipates as our young antiheroes return to Montfermeil, the Paris district immortalised in Hugo’s 1862 novel. “It hasn’t changed much,” observes Stéphane Ruiz (Damien Bonnard), a street-crime cop newly transferred from Cherbourg. His colleagues, dubbed “the two biggest clowns” by the night patrol, are Gwada (Djebril Zonga) and Chris (Alexis Manenti, the film’s co-writer), who describes himself as “100% swine” and who “goes overboard sometimes” in policing “the brutality of the world”.

Out on patrol, Stéphane learns of the warring factions who vie for control of these streets; from “the Mayor” (“our very own Obama”) to the leader of the Muslim Brotherhood (“a thug who grew a beard”), all equally reviled by Chris who behaves like a tin-pot bad lieutenant, harassing teenage girls and bullying young boys. The arrival of a travelling circus (“Gypsies, never a good sign”) and the theft of a lion cub bring an air of carnivalesque chaos, with little Issa (the remarkable Issa Perica) being thrown into the lion’s den – literally. Meanwhile, a drone camera piloted by a young peeping tom (played by the director’s son Al-Hassan Ly) offers a god’s eye view of unfolding events, capturing an act of shocking violence that threatens the precarious stability of the neighbourhood. As Salah (Almamy Kanouté) ominously warns: “You won’t avoid their rage.”

Building on his César-nominated 2017 short film, Ly’s feature debut (which follows several acclaimed web documentaries) paints an admirably uncliched portrait of banlieue life, as vibrant and diverse as that of Céline Sciamma’s Girlhood. In stark contrast to the monochrome hues of Mathieu Kassovitz’s still-influential 1995 masterpiece La Haine, Les Misérables is shot in vivid colour by cinematographer Julien Poupard, whose cameras snake in and out of the action, with long takes (elegantly edited by Flora Volpelière) immersing us in this tangibly real world.

There’s little sense of artifice, as young stars such as Issa Perica lend gripping veracity to scenes that might otherwise have seemed contrived or overwrought. I struggle to recall a more arresting image than that of Issa, bruised and bloodied, bursting into tears in the midst of a harrowing ordeal, only to rise again like a silent wraith in the third act, which plays like an inverted social-realist revisiting of Gareth Evans’s 2011 Indonesian action movie The Raid.

A pulsing electro score by French music project Pink Noise adds sparse yet atmospheric accompaniment, with simple looping riffs building tension in key scenes, while more elegiac cues emphasise the strange melancholic beauty of the drama. It’s that sense of beauty – of the possibility of redemption – that prevents Les Misérables from being crushed by the grim weight of the world it depicts. It’s a world in which Ly grew up, and his love of these neighbourhoods, in all their hardscrabble glory, is tangible.

And cut! Hollywood’s obsession with suits as status symbols | Film

Only Europeans Will Be Able To Pass This Disney Geography Quiz 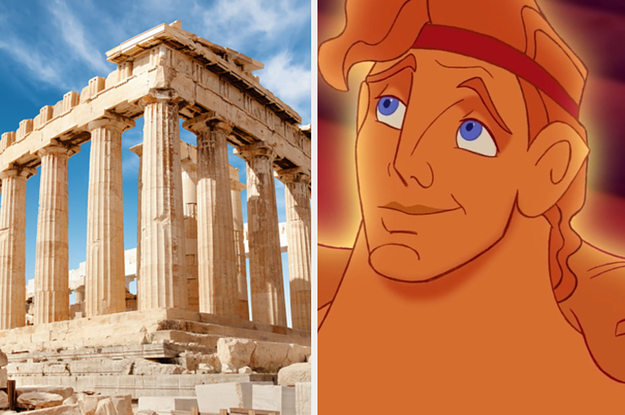 Lisa Landry From “Sister, Sister” Is The Best TV Mom Of All Time

The show may have been called Sister, Sister, but it was all about Lisa, Lisa.

It’s a debate as old as television itself: Who is the absolute greatest TV mom of all time?!

So here are just a FEW of the times Lisa proved that she was, without a doubt, the best:

The time she delivered this A+ burn:

The time she called off her wedding and took it…like this:

The time she was definitely NOT disappointed:

The time she gave this helpful advice to a fellow churchgoer:

The time she mixed up her snack(?) containers:

The time she told her neighbor THIS:

The time she dropped some straight-up wisdom:

The time she completely understood the job market:

The time she made this error (and was STILL supportive):

The time she was a little TOO moved by the spirit:

The time she knew just what to say to get the nurses to help her babies:

The time she made this announcement at a grocery store:

The time she refused to be the one to do the dishes:

The time she won three tickets for beauty makeovers…

…and didn’t hesitate to take the girls with her:

The time she apologized to an old blind date:

And finally — the time she made Ray fake ~being intimate~ with her to get her mother (who was staying in the room next door) off her back:

So, uh, yeah…there ya have it. Lisa Landry is, was, and will always be the best TV mom of all time, PERIOD. BAR NONE. NO CONTEST. THANK YOU, BYE.

Is any character actually underrated in Hocus Pocus though? 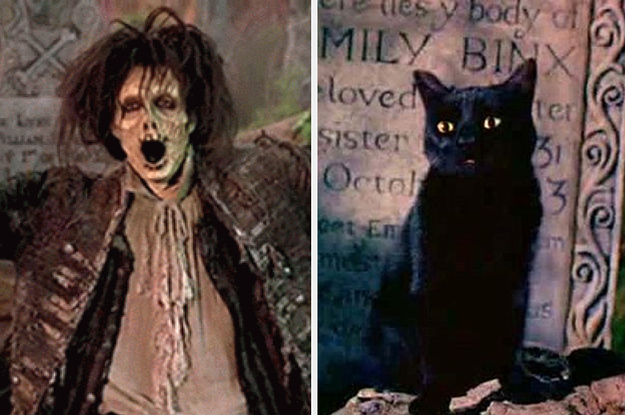