The defining image imprinted on to my mind after watching director Maya Newell’s excellent film In My Blood It Runs is of a child – its 10-year-old subject, Dujuan Hoosan, an Arrernte Aboriginal boy living in Alice Springs – running around at nighttime with a canister of exploding fireworks in his hand. A fantastic discharge of orangey-yellow colours light up the darkness, Hoosan swinging the canister around with an elated look on his face.

Newell has been painting vivid pictures of interesting people since her first documentary, the aesthetically rough but affecting 52-minute film Richard, from 2007, about a toy shop owner and Michael Jackson impersonator. Her previous full-length doco was 2015’s Gayby Baby, which depicted the day-to-day lives of children of single-sex parents.

For In My Blood It Runs, the subject is Hoosan – who speaks three languages, addressed the United Nations last September, and yet is “failing” in school, which of course is a reflection of the educational curriculum rather than his obvious intelligence. Made in close collaboration with the boy and his family (Hoosan is in fact a co-cinematographer), it follows him as he navigates the inequality of the education system.

In that early arresting moment, Newell (also a cinematographer) frames the scene beautifully: first with intentional blurriness – bursts of colour appearing like circular baubles, glowing as they float in the air – then with sharp focus, capturing the boy and his countenance. A frosty cynic (not me, ever) might argue this is a simplistic trick: an easy way of achieving visual aplomb by lighting something on fire and making sparks literally fly.

The scene however is about much more than pyrotechnics and sets the mood going forward. As the fireworks fizz and fly, the director cuts to quick shots of archival footage. We see, ever so briefly, as if dancing on the edges of our perception, vision of Arrernte dancers (who are relatives of Hoosan) from Santa Teresa mission in the 1950s, and a clip from On Sacred Ground – a 1980 documentary about the Noonkanbah dispute, in which Indigenous protestors fought against mining in the Kimberley region of Western Australia. Hoosan speaks about memory and history (“I just felt something … in my blood it runs”) before Newell returns to the last sputter of fireworks coming out of the canister.

This moment reminded me of a scene from the director Benh Zeitlin’s poetic 2012 drama Beasts of the Southern Wild, set in the backwaters of Louisiana. In it the protagonist – a young girl named Hushpuppy (Quvenzhané Wallis) – also gleefully runs around with light-spitting fireworks in both hands, an image so striking it was used on the poster.

Beasts is a fictional feature and Newell’s film an observational documentary. However they share some similarities. Both for instance are steered by young subjects living in impoverished communities, who view privileged, predominantly white society as a fantasy land or bizarro world – somewhere forever in the distance, unattainable and even unvisitable, like the end of a rainbow.

In another early scene from In My Blood It Runs, Hoosan and some friends – who are residents of Hidden Valley Aboriginal Town Camp – look out from a hill on to Alice Springs, observing a side of the town where “all the rich men comes” with their “clean houses” and “good front, good neighbours”. Like other portraits of remote Indigenous communities (such as Molly Reynolds’ 2015 documentary Another Country and Ivan Sen’s 2011 drama Toomelah), Newell makes a powerful point that there is no one version of Australia; no single country we all experience. The Australia each of us knows differs dramatically according to our place and privilege.

Shot in Mparntwe (Alice Springs), Sandy Bore Homeland and the Borroloola community in the Northern Territory, like most ob-docs, In My Blood It Runs has an unhurried, slice-of-life way about it, capturing daily routines such as Hoosan going to school and hanging around at home.

Even at this young age he is acutely aware of social injustice and the harsh treatment of Indigenous youth in the Northern Territory. After watching a harrowing Four Corners investigation into Indigenous youth incarceration, Hoosan’s aunt warns her nephew that going to juvenile prison means “you’re only going to end up in two places: a jail cell or a coffin” – a hell of a conversation to have with a 10-year-old.

Despite such a heavy context, the tone of the film is soft and pensive rather than polemical, constructed with a lightness of touch. It is often inspirational, in a quiet sort of way, and this is derived almost entirely from Hoosan himself.

Building trust and willingness with subjects – leading them to open up to the camera and reflect on their lives and circumstances – is the great unseen art of the documentarian. Almost always the more a film-maker succeeds, the more transparent and effortless the result appears.

In My Blood It Runs is Newell’s best film yet. It feels like a turning point: the director’s aesthetic choices reflecting the contents of her subject’s character in different and exciting ways. Nothing, for me, visually encapsulates the wide-eyed Hoosan’s presence more than that early moment with the fireworks. Visually simplistic? Maybe. A beautiful distillation of his young character? Absolutely.

• In My Blood it Runs is in Australian cinemas now

With blockbusters on hiatus, could small indie films save cinema? | Film

Let’s get Suess-ical: NBC will soon be airing Dr. Seuss’ The Grinch Musical!

So, who’s the next lucky actor to join the likes of Benedict Cumberbatch and Jim Carrey as the Grinch?

If you guessed Matthew Morrison – aka Mr. Schue on Glee – then congrats, I guess?

However, it’s safe to say that people weren’t exactly…thrilled when the casting announcement came out.

And then things took an even sharper turn when we got a look at him all up in his Grinch getup.

Naturally, the internet had something to say about it:

19 TV Characters Who Got Happy Endings They Didn't Deserve

Where is the justice?! 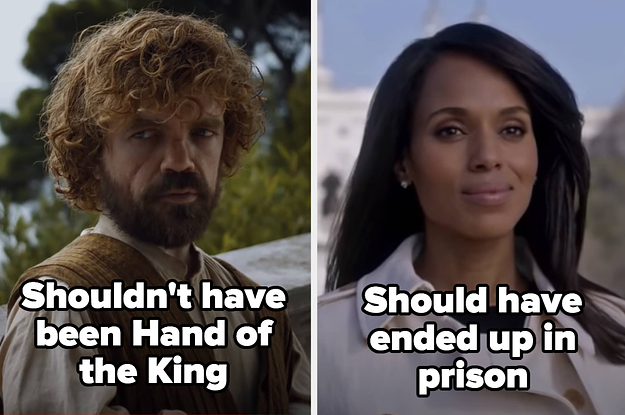 4 fruits that type 2 diabetics should stay away from