Chiara and Ludovica form an unlikely friendship as they struggle to find their place and search for love at a high school in an exclusive Rome neighborhood.

Four-part docuseries on the 1986 Challenger space shuttle disaster, unpacking an indelible moment for a generation of Americans.

Following a hugely successful first series and great critical acclaim, Criminal returns with four new cases, four new suspects, and one room that changes everything. Prepare for bold stories, some surprises, and a completely innovative take on the police procedural.

The Devil All the Time— Netflix Film

In an explosive Midwestern Gothic tale spanning two decades, sinister characters converge around young Arvin Russell as he fights the evil forces that threaten him and everything he loves. Based on Donald Ray Pollock’s award-winning novel.

After an accident puts him in a wheelchair, Ángel decides to get even with those who betrayed him, particularly the woman who left when he needed her.

As Trela struggles with personal trauma, Ada takes over his responsibilities at the station. Meanwhile, a mysterious stranger comes to town.

Hosted by the hilarious and talented Tituss Burgess, this eight-episode series is a karaoke-lover’s dream. In each themed episode, six contestants belt out the biggest hits from that genre while being judged by a vocal analyzer comparing their vocal performance to the original artist’s. The more they sing in tune, the more cash they add to a collective jackpot worth up to $60,000. The first round is worth $10,000 and lyrics are randomly assigned, so contestants must be ready for anything — the highest-scoring contestant moves on, while the remaining singers vote one fellow contestant out. For five more rounds, the stakes get higher and the jackpot gets bigger, and the final two contestants face off in a head-to-head battle to win the grand prize. Perfect for an at-home sing-along, viewers of all ages will find themselves off the couch, belting their favorite tunes and having a sing-off of their own.

Keeping Up With The Kardashians First Episode Versus Now

It’s time to take a trip down memory road with this quiz! 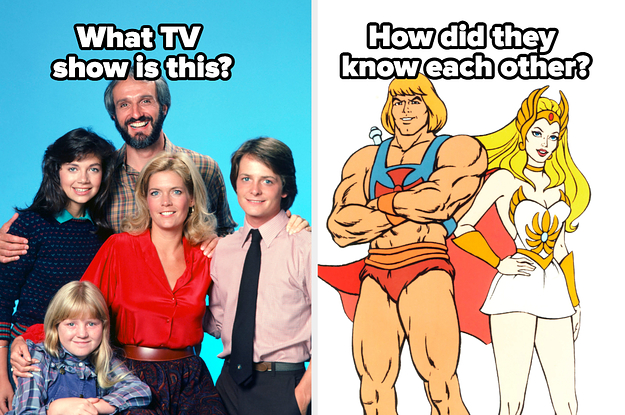 “You know, I really hate children.”

Which Unpopular Disney Villain Are You?

Skills that can land you a good job this year