Are you more Marnie from Halloweentown or Sally from The Nightmare Before Christmas?

Are You More Like Will Or Mike From "Stranger Things"?

Who’s ready for an egg hunt? 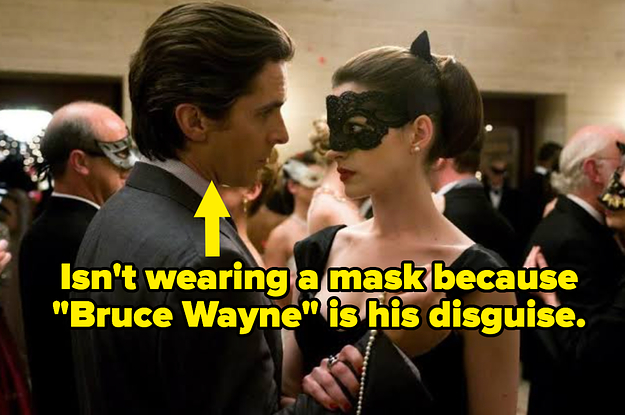 The poster for Rams depicts a perturbed-looking Michael Caton next to a smug-looking Sam Neill, both standing behind a sheep, which, like them, is staring into the camera. Going by this advert alone you’d be forgiven for thinking this was a bone-headed comedy about cack-handed country types and their livestock – something with a tagline like “they’re baaaaaad to the bone” or “just ewe and me”.

How wrong you would be. Rams is a lovely, even-tempered drama about men and rural life, gentle but firm of spirit, with a down-to-earth pith and a way of entertainingly and unpretentiously exploring potentially difficult subjects such as masculinity. Director Jeremy Sims and screenwriter Jules Duncan faithfully remake the excellent Icelandic film of the same name, which won best film in the Un Certain Regard category at Cannes in 2015 and tells the story of two brothers who live on neighbouring sheep farms but haven’t spoken in many years.

In the Australian version, the protagonist Colin (Neill) is the more affable of the pair, a sensible chap with savoir-faire, who gazes upon his cattle with love and reverence, literally telling them how beautiful they are. Les (Caton) is quite the opposite: a stink-eyed “get orf my lawn!” type, with zero patience and a glowering disposition, prone to epic solo drinking sessions followed by marinating while comatose in the sun.

Handsomely shot by Steve Arnold in and around Mount Barker in the Great Southern region of Western Australia, with occasional roving drone shots that make the film look a little touristy, much of the drama takes place on the brothers’ farms, the MacGuffin arriving in the form of a terrible disease that infects one of Les’ prize-winning rams. Authorities decree that every sheep in the valley must be killed for the sake of containment, which means, in addition to the brothers losing their livelihood, the potential end of their prized bloodline.

A small group of local farmers meet and spitball ideas on how to react, with Les on the side (illustrating his outsider status) kvetching loudly, while preparing himself a scone. “They don’t know, do they?” he bellyaches, “they just come here and–” then he abruptly stops mid-sentence, upon discovering there’s no more cream left in the bowl in front of him.

Les never concludes that line. Sims chops the sentence off and lets it linger; lets the silence take hold for a beat or two. Usually scripts deliver neat lines with neat finishes, film-makers turning the loose threads of real-life into smooth contrivances. The incompleteness of this moment gives it something paradoxically interesting: a special kind of mundanity, and an imperfection that suits the film’s earthy tones. It is indicative of an experience that is not going to rush for you. Like the television series Rosehaven, similarly full of country air and wide open spaces, the audience will adjust to its tone and rhythms – and most likely find that adjustment process rewarding.

It isn’t clear where the plot of Rams is heading, particularly for those who haven’t seen the Icelandic film. That uninspiring poster, and a wishy-washy trailer stamped with a line of text reading “Where there’s a wool there’s a way” (groan) seems to indicate the brothers might do something to please the gods of genre algorithms, joining forces for instance in some kind of sheep-shearing competition and returning home triumphant, lugging a big golden trophy. But that is not the case at all.

Sims has learned from Grímur Hákonarson (who directed the original) important lessons about containing a film tonally, with few of the stark switches between “happy” and “sad” that made his previous feature Last Cab to Darwin a limited, dictatorial experience emotionally. At the heart of the picture are two very appealing performances from Neill and Caton, who feel even from early moments like real, lived-in characters, well cast to reflect their differences as actors. Caton has always been a bit scruffier and Neill a bit slicker. The former is the kind of bloke who eats rissoles and goes to Bonnie Doon for the weekend; the latter looks good in a leather jacket.

The “neighbouring brothers who don’t speak to each other” setup could have felt like high-concept gimmickry, but it rings true in a funny sort of way. By contrasting geographic closeness with emotional distance, Sims explores a truth we are all confronted with: that there are certain things – particularly those involving our bloodlines and backgrounds – none of us can ever really escape; things that follow us everywhere even if we never move. In this respect I was reminded of director Clayton Jacobson’s dark comedy Brothers’ Nest, another film about starkly different siblings existing in the shadow of their parents – or in the words of one of the characters, another film about “family shit”.

The setup of Rams also develops into an interesting perspective on loneliness and masculinity, with messages blokes in particular may relate to: how men often shrink inside ourselves; how we so easily shy away from expressions of feelings; how we deploy various techniques to shield ourselves from the stabs of memory. See? I told ewe this wasn’t a dopey comedy about sheep. It’s funny at times – but also tender and touching: the cinematic equivalent of a gently moving turn of phrase.

• Rams is out in Australian cinemas now

Best TV Monologues Of All Time

“Papa Pope and Olivia in the airplane hangar is amazing, especially when he says, ‘You have to be twice as good as them to get half of what they have.’ Whew, can we just take a minute and just analyze how poignant it was back then and so much more now? This sentiment has been instilled for generations and I always go back to this scene when I want to hear a pep talk. Some would say it’s a dad talking to his daughter about sleeping with a married man, but it’s not that. For any POC, you constantly have to prove your worth, while mediocrity can advance due to privilege. I know every Black home was probably like, ‘Oh, they let that fly on prime time?!?’ It was nothing but the truth. Although Papa Pope has his quirks, he always spoke the truth.”

Where you can find the monologue: Season 3, Episode 1, or you can watch it here.

‘Who the hell elected you?’ Big tech CEOs grilled in US Senate hearing – video | Technology