The story of Jack Charlton’s amazing ascent and virtual canonisation as the manager of the Irish Republic’s national football team in the 80s and 90s is retold in this warm and affectionate documentary portrait. He was a vital part of Ireland’s Celtic Tiger modernity and confidence in that era, and a part also of the new mood of the peace process.

These chapters are poignantly juxtaposed with Charlton’s later life (he died in July this year) and his issues with dementia, and these are very emotional, intimate scenes – especially the cheerful, unsentimental interviews with his wife and carer Pat. They are movingly captured.

Charlton was extravagantly loved, almost more so as a foreigner (like Diego Maradona in Naples), and certainly no other Englishman was ever so passionately fan-worshipped in Ireland. The extraordinary thing is that Charlton graduated from the tough Leeds United side of the 70s where he could be a rough and cynical player – and manager Don Revie was a pretty charmless role model. His England manager Sir Alf Ramsey was also an example of unemotional leadership, hard to love. But somehow Charlton was completely different, transfigured by the glorious success that he enjoyed in Ireland almost from the very first: blunt, testy at times, good-humoured and utterly real, yet also with a kind of emotional coolness and level-headedness.

He never seemed overwhelmed at the strength of the Irish people’s feelings for him. The film touches on the falling out with his brother Bobby, but does not dwell on it, and does not talk about the (ostensible) cause: the difficult relationship between Jack’s sister-in-law and his mother.

There are interesting interviews with Eamon Dunphy (the journalist who became hated for criticising Charlton), U2 drummer Larry Mullen and novelist Roddy Doyle, though I would have been interested to hear from Charlton’s old Leeds team-mate, Irishman John Giles. An unexpectedly touching documentary.

• Finding Jack Charlton is available on digital platforms from 23 November.

Five of the best documentaries, as chosen by Werner Herzog | Film

How Do Your Opinions Of "The Undoing" Compare To Everyone Else's?

Bold of me to assume my theory was right. 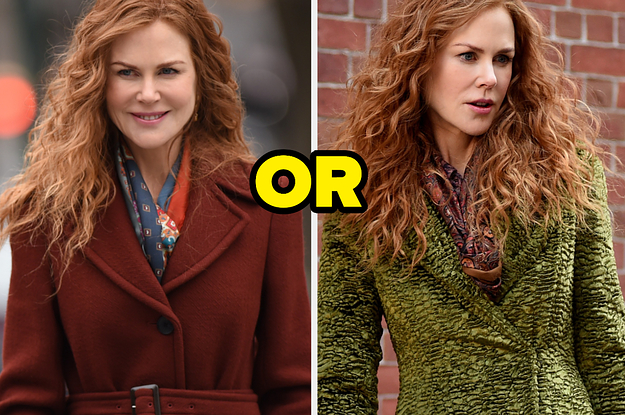 Build A Yellow Outfit To See How Hufflepuff You Are

“You might belong in Hufflepuff where they are just and loyal.”

Moira From Schitt’s Creek Is The Mom In Home Alone

This should be taught in schools or something.

Catherine O’Hara is an actor.

Moira and Kevin’s mom are the same person.

From my extremely quick Twitter search, it seems to be something a lot of people don’t know.

The following people’s identities have been protected because HOW COULD YOU NOT KNOW THIS?

“You’re telling me Moira Rose is the mom from Home Alone,” this person asked.

“I never knew this,” another said.

People all over the globe are just Kylie Jenner realizing things.

And, just for a bonus, Catherine actually re-created the iconic “KEVIN!!!” scene on TikTok.