Out in time for Halloween, writer-director Neil Marshall’s tidily assembled, witty and cheerfully gory horror flick from 2002 gets a rerelease. And how nice it is to reacquaint ourselves not just with this low-budget/high-concept thriller, but with a simpler, gentler time when the only things we needed to be afraid of were jump scares, werewolves and the dark.

A cast comprised mostly of game but limited performers and a few familiar, considerably more competent, character actors who went on to have reasonable careers (such as leads Sean Pertwee, Kevin McKidd and de facto human villain Liam Cunningham) are compelled to scream, run and get covered in fake blood as they play British soldiers on manoeuvres in the Scottish Highlands. You can tell that McKidd’s Cooper is meant to be the film’s closest thing to a good guy because in the prologue he refuses to shoot a dog simply to prove that he will obey orders from Capt Ryan (Cunningham), during a tryout to join special forces.

Later, Cooper must help save Ryan when they find him wounded, the only survivor of an attack from lowlit monsters, werewolves who only in brief flashes look like background artists in furry suits. Poor Pertwee, meanwhile, as the representative of good military leadership, has to spend a lot of time with fake intestines flopping around his midriff. But it all comes together satisfyingly in the end,.

Watch the trailer for Dog Soldiers

This was Marshall’s debut feature, and he shows off an innate knack for blending genre elements, especially horror tropes, with other stock features. You can easily draw a clear line through this to his later work, including the excellent all-female-cast horror-thriller The Descent, Roman-era war film Centurion, and assorted episodes of upmarket TV he later worked on, including a couple of crucial, action-intensive Game of Thrones episodes. Especially given how quickly effects look dated over time, Dog Soldiers has aged pretty well.

Behind the scenes with Ridley Scott – in pictures | Film

Alec Baldwin on the set of Pixie: ‘My priest will never see this movie. I’ll make sure of that’ | Film

Celine Dion Will Act In A Movie For The First Time

And our hearts will go on.

Celine Dion is a part of movie history. Remember “My Heart Will Go On”? Of course you do. But astoundingly, she’s never actually acted in a film.

Well, that’s about to change. Dion has been cast in Text For You, a romantic drama starring Priyanka Chopra Jonas and Sam Heughan (Outlander), according to Entertainment Weekly.

The movie is a remake of the 2016 German-language film SMS Fur Dich and is about a woman who sends texts to her dead fiancé’s phone—only, his number has been reassigned to a man who’s also experiencing heartbreak.

EW also reports that not only will Dion play a role in the film, but her music will play an integral role in the plot as well.

Sounds like the kind of viewing experience you want to share with someone—at the very least, not…

She’s familiar with the criticism and she has an opinion about it.

If you’ve been watching Clare Crawley’s season of The Bachelorette, you might still be thinking about one of the more cringey moments of this season: in episode 2 when she weeded out the competition by having her guys compete in a game of strip dodgeball.

The game consisted of 10 guys who had to strip down to their underwear if they lost three games in a row. The winning team got the chance to take Clare out for drinks.

It didn’t take long for criticism of the game to pile up, with one former Bachelorette winner adding to it: When J.P. Rosenbaum saw it, he tweeted, “I realize this “date” is gonna have a lot of critics, but can you imagine the flak the show would get if this was #Thebachelor and the girls were stripping down to their underwear? #sexist #TheBachelorette #dadbod”

Well, Clare is now familiar with the criticism. When one person called her out for having “the guys take off their clothes” because “if the bachelor asked the women do the same things all heck would break loose,” Clare replied.

“Juan Pablo should have had you strip,” the Twitter user suggested, referencing the fact that Clare first appeared on the ABC show during Juan Pablo’s season of The Bachelor.

“You mean like this?,” Clare tweeted back, sharing a photo of a photoshoot Juan Pablo did with two of his contestants.

Clare also weighed in on the dodgeball game by liking a tweet another person posted, suggesting that “making contestants take their clothes off is a really tired production trick” and “wasn’t [Clare’s] idea at all.”

You know what they say, one like is worth a thousand words.

Head empty except for all this Twilight trivia. 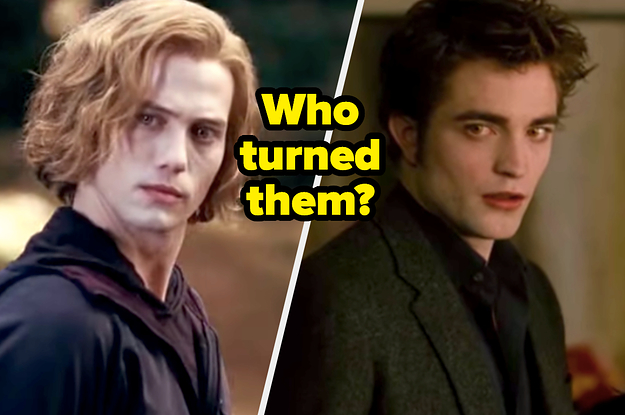 My COVID story: My body ache was so terrible that even touch of water was causing pain