Sally Potter fell ill as soon as she reached France. It was March and, by now, people knew the implications of a fever. The director could have caught coronavirus in any number of ways. In February, her latest film, The Roads Not Taken, premiered at the Berlin film festival. Then she flew to New York, promoting the US release as the city lurched into panic. She re-crossed the Atlantic to London, before leaving again for the remote Auvergne, west of Lyon. Her temperature rocketed. “I spent a lot of time future-gazing. You lie there wondering where you’re going to end up.”

Potter is still in France. Her sickness was the kind they call mild – grim weeks, a slow recovery. Someone close to her died from Covid in that first phase of the pandemic, she says. “So I’ve seen the grief it causes.”

She smiles sadly, framed by Zoom. Her long hair is silver blond against the white walls of the writers’ hut she sits in, behind her house. Here, almost a decade ago, Potter started work on The Roads Not Taken. What followed has been complicated. The virus and its consequences – the film is only now coming out in Britain – are just the most dramatic chapters in a story of crisis and soul-searching. Creative journeys are rarely simple. This one has seen bumps.

In a drizzly London early in 2019, I visited the set of the film. Then Potter was mobbed by people, a crew and cast led by Javier Bardem and Elle Fanning. “It’s always relentless at that stage. Decisions. People management.” Now, she is alone. A pioneer among female film-makers and arthouse independents, 70, wry and candid, Potter knows the routine.

The backstory to The Roads Not Taken begins in 2010. Then, her younger brother, Nic, was diagnosed with Pick’s disease, a rare early onset dementia causing the impression of withdrawal. Potter became his carer until his death in January 2013. The experience was arduous. She questioned her understanding of mental health. “I wondered: ‘What if the mind that appears shut down has actually gone elsewhere? If the person is living out what they could have been or done?’”

Parallel lives have interested Potter as far back as Orlando, her 1992 Oscar-nominated fantasy with Tilda Swinton as an Elizabethan nobleman, jumping time and genders. Now, she imagined a middle-aged man with dementia, cared for by his daughter, lost in visions of exes never left, abandoned callings pursued.

Still processing her brother’s death, she tried to avoid autobiography or rabbit holes of research. “Invent first,” she says. “Verify later.” Straight away there were multiple drafts. Months spent writing became “mere years”. At last, in script form, she had it. Around the central story, grounded in reality, versions of the same character would live other lives, crossing borders of nations and sexuality, all of it like a jigsaw.

Then she got the money to make another film entirely. Called The Party, it was an acidly funny chamber piece about middle-class London. The film was shot in two weeks on a micro budget, the cast including Cillian Murphy and Patricia Clarkson. The timing was perfect, a British comedy of fractious people, arriving in the wake of the Brexit referendum. It premiered at Berlin in 2017. Potter watched among 2,000 others, the laughter uproarious. “I thought ‘How strange. How nice.” After a career of restless experimentation, the movie was a hit.

Potter denies knowing it, but The Party raised industry expectations for her next project. Her tale of parallel lives had been greenlit. It now had a star, Bardem. At his house in Madrid, he and Potter cemented his character – Leo, Mexican-born, living in Brooklyn. His daughter would be played by Fanning; a former lover by Salma Hayek. The budget was tight, but allowed filming in New York and southern Spain, doubling as Mexico and a Greek island. The shoot concluded in Bow, east London. There, past derelict office blocks lining the A12, you reach 3 Mills Studios, a cobbled hive of soundstages. MasterChef is filmed here, but Potter mostly had the place to herself. Bardem wandered by in pyjamas, wrapped up in his work.

Inside, a studio was dotted with props – two huge steel cages, an MRI machine. In the centre of the room was a plywood cube, inside that a full-size replica of a dingy Brooklyn apartment. With “Action” called, Bardem was now in character, Fanning tending to him. “I was going but I changed my mind,” he mumbled. “OK, this ain’t working,” Potter said. “Would anyone like an espresso?” She was on her sixth. She conferred with the actors, tweaking and sculpting – Bardem’s posture adjusted, an eye kept on Fanning’s tears. “Let’s try again,” she said. After half a dozen takes, Potter was satisfied. “Okey-dokey!”

It was a Friday, and the mood felt like a leaving party. After today, Fanning – buoyant, smiley – was wrapped, returning to the US. Before then, she would cross paths with Hayek, glamorously magnetic, whose scenes had been shot but, living in London, visited to record promotional material.

If The Party was a snapshot of Brexit Britain, this felt like a film about mental health, the US and Mexico. Leo faced racism as well as dementia. For Bardem and Hayek, it was a rare chance to speak Spanish in a movie released in the US. “I personally feel identity should be chucked away as soon as possible,” Potter said on set. “I tend to think of myself as a crowd.” A year and a half later, I quote this back to her. “Well, I agree with myself.” But there are caveats. “It also feels clear that being able to chuck away your identity is a privilege.”

I went back to 3 Mills the next Monday. With Fanning and Hayek gone, Bardem had new co-stars. Now Leo was a drummer, in a relationship with an artistic director, played by Chris Rock. His hair bleached, Rock was guarded. In this “life”, his and Bardem’s characters were rehearsing with a dancer, played by the tap artist Savion Glover. Inside one giant cage, Bardem pounded out a beat. In the other, Glover improvised. They worked on the scene with Rock before the cameras arrived, rehearsing a rehearsal. The energy had changed since Friday. Time felt shorter. A bad cold was sweeping the crew. “Nothing is more exciting than doing something slightly harder than you’re capable of,” Potter smiled. Later, for a second, she looked exhausted.

The film was edited that spring. Leo’s lives were meant to dovetail visually, scenes bookended with connections – Mexican sun then Brooklyn streetlights, say. The result was unveiled at a London test screening arranged by Potter. Beforehand, she asked the audience to be honest. “Then I sat at the back,” she says. “And took note of where I felt sincerely embarrassed.”

The film was one of powerful moments. The cast were excellent. It also felt muffled – disconnected. As requested, the audience were honest. Potter was alarmed to find her basic premise – one mind, many lives – failing to register. “People were just confused.” Festivals had been pencilled in. Potter knew she needed more time. Weeks were spent re-editing, clarifying. Finally, she showed the film to a trusted inner circle, relieved to have fixed the problem.

Even now, confusion reigned. Reeling, Potter started from scratch. Looking at the film anew, she saw the solution with bleak clarity. The section with Rock and Glover – striking on its own terms – felt unfastened from the rest of the story. If the movie was a jigsaw, these were pieces from another puzzle. Her decision had the brutal logic with which film-making is full. It made it no easier. Potter cut the whole sequence.

She sighs and tells me she wants to be clear. Both Rock and Glover were brilliant, she says, on and off camera. “The fault was with my structure. And it was heartbreaking, because I loved what we did.” She wrote to each of them, explaining. Did a correspondence follow? “A small one.”

Her simplified cut faced none of the issues that dogged the film before. Once-baffled friends were now moved. At Berlin in February, responses were emotional, too. Audience members left in tears. “You want to touch people,” she says. “It’s also strange, bringing out these melancholias.” But critics were not kind. Some Berlin reviews were gleefully scathing. “Never easy,” Potter says. “I put so much into the work.” Then she laughs, more or less. “But if I’m not prepared for critics by now, I’d be a bit slow on the uptake.”

Potter flew to New York as the city recorded its first cases of coronavirus. When she left, the cinemas were closing. Riding out fevers in the French countryside, she came to see her film as an omen. “Look where we are. Racism exhaustingly evident. Even more invisible carers. More people dealing with mental illness. Realising we are vulnerable bodies.”

The Roads Not Taken is dedicated to Nic Potter. His sister is now working on new ideas. Such is the creative process, the only ending beginning again. “It’s funny,” Potter says. “You watch your films back and think: ‘You know, if I started this tomorrow, I’d know exactly how to make it.’”

For information about dementia and support, visit alzheimers.org.uk or, in the UK, call the Alzheimer’s Society Dementia Connect support line on 0333 150 3456 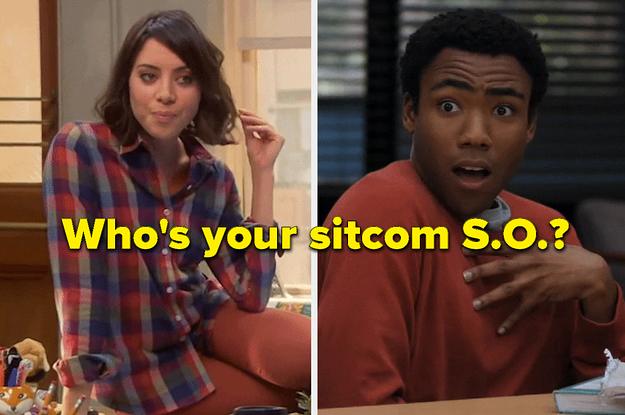 “It’s such a fun binge-watch”

If you grew up in the ’90s or ’00s, there’s a pretty good chance you watched Buffy the Vampire Slayer, starring the one and only Sarah Michelle Gellar.

Well, now, in the year 2020, Sarah, her husband Freddie Prinze Jr., and their kids Charlotte (11) and Rocky (8) are watching it together as a family.

A few weeks ago, in an interview on The Kelly Clarkson Show, Sarah opened up about how her family decided to watch her classic show together.

“They asked during quarantine,” she told Kelly. “We were trying to find shows to binge, and I was like okay. I didn’t even know if they’d be into it, but they are like so into it.”

And in a new interview with US Weekly, Sarah talked about the experience even more. “I think that they would like Buffy creatively whether it was me or not,” she said. “I think I’m just, like, an added bonus, but I think they would have loved the show regardless…I think my family is proud of it and they’re excited and it’s such a fun binge-watch.”

But when it comes to actually remembering what happened on the iconic show, Sarah needs a bit of a refresher. “An episode will start and they’ll ask me a question, what happens, and I’ll be quickly Googling the episode to try to figure it out,” she admits.

Don’t worry, the rest of us all remember every single detail for you, Sarah! BRB, going to start another Buffy binge-watch.

“He was a very young adult with unresolved trauma from years of parental neglect and abuse. When he was targeted by a cult, he told the Dark Lord about Trelawney’s prophecy in order to gain some sort of belonging and trust. When it all went wrong, he spent THE REST OF HIS LIFE trying to make it right, (SPOILER ALERT) DYING in the process.

He was a bullied student who wasn’t given the chance to heal and change, and he continued that cycle of pain as an adult. Severus Snape was responsible for a lot of shit, but it wasn’t his fault.”

Sign up for Word of Mouth: the best of Guardian Food every week | Food