Your result won’t be *crumby.*

There’s a real tragic power in this almost unbearably brutal and shocking movie from writer-director Jasmila Žbanić about the Srebrenica massacre in 1995 during the Bosnian war, in which more than 8,000 unarmed Bosnian Muslims sheltering in a so-called UN “safe area” were slaughtered: the biggest civilian atrocity in Europe since the second world war. Dutch UN peacekeeping soldiers in powder-blue helmets had been unable to stop Bosnian Serb forces swaggering into their compound – undisciplined, jacked up with the brutal thrill of conquest, paranoid about combatants supposedly hiding among the civilian refugees and simply seething with ethnic hate.

Jasna Đuričić plays Aida, a schoolteacher-turned-translator who is employed by the UN to interpret in discussions between Bosnian Muslim leaders and UN officials, as Srebrenica falls to the Serb forces. Her husband Nihad (Izudin Bajrović) is a headteacher, and they sense that their military-age sons Hamdija (Boris Ler) and Sejo (Dino Bajrović) are now in great danger of reprisals from the victorious Serb army. As they huddle in the disused battery factory under the UN’s supposed protection with thousands of other terrified souls, and thousands more outside, with chaos, squalor and panic growing, Aida scurries around frantically trying to get information. She realises that the pathetic UN commander Karremans (Johan Heldenbergh) can do nothing in the face of the murderous bullies led by the notorious war criminal Ratko Mladić, played with horribly plausible conceit and disdain by Boris Isaković, smoothly and ambiguously announcing his determination not to hurt “innocent” people and handing out Toblerone bars to the trembling children.

As an interpreter, Aida is effectively the drama’s liaison or intermediary between the different constituencies: with her licence to roam, she can take the audience to the Serbs, to the Dutch UN officers and to the civilians. The camera is often running behind Aida as she desperately goes around, demanding that the UN do something or at least protect her family. Đuričić’s face is agonisingly etched with her own horror and disbelief; she seems to age 20 years in the course of the drama.

There is an extraordinary moment when, amid all the fear and boredom and cramped conditions, she sees two young people kissing and she starts laughing – overwhelmed, perhaps, at this evidence that life and humanity goes on, or perhaps at the glorious but vulnerable innocence of youth. Maybe the kissing couple think that everything will be all right, and a flashback gives us Aida’s own youth, taking part in a boozy “beauty contest” in a bar, in the days when Serbs, Muslims and Croats were still friends and neighbours. There are wrenching moments when Aida recognises former pupils of hers now in Serb uniform, pushing her around at gunpoint.

A previous film of Žbanić’s, Esma’s Secret: Grbavica, with a similar Bosnian theme, won the Golden Bear in Berlin in 2006, though I was less convinced. But her latest film seemed to me an icily brilliant and overwhelmingly convincing attempt to tackle, head-on, this shameful atrocity: shameful for the UN, the European Union and all those western world leaders who had been reluctant to intervene – perhaps because the totemic word “Sarajevo” made them fear a new world war. Perhaps also in their hearts they thought military intervention was all very well in the Middle East but not in Europe.

At any rate, the Srebrenica massacre arguably galvanised Nato forces against Mladic. As for the title, it’s taken from the apocryphal Christian tradition that Peter met the risen Christ outside Rome and asked him: “Quo vadis?” – “Whither goest thou?” – and the answer was: to Rome, to be crucified again. Aida herself is crucified twice, once during the massacre and again afterwards, as she begins to recognise certain people in the community she has rejoined. After 25 years, the time has come to look again at the horror of Srebrenica, and Zbanic has done this with clear-eyed compassion and candour.

According to reports, the two leading men are being considered to take on the iconic role. 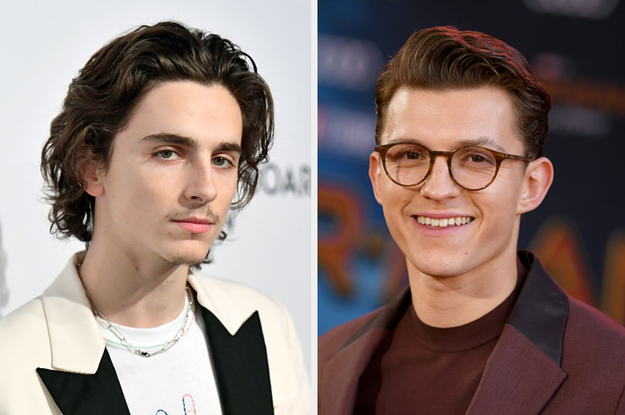 Initial high hopes are dashed at the third-act stage of this disappointing cabin-in-the-woods horror-mystery in which actor Dave Franco (brother of James) makes his directorial debut, co-writing with mumblecore film-maker Joe Swanberg.

Two couples rent an ocean-front beach house for a luxury weekend getaway: tech entrepreneur Charlie (Dan Stevens) and his partner Michelle (Alison Brie), with Charlie’s brother, Josh (Jeremy Allen White), and Josh’s partner, Mina (Sheila Vand), who is also the co-owner of Charlie’s tech startup. When the foursome arrives, they are instantly nettled by the guy showing them around the property: Taylor (Toby Huss) makes casually racist comments about Mina. And it turns out their ultra-fancy rental has some very strange things about it. Are they being spied on?

The dynamic between the four characters is interesting at first, in part because there is already some difficult sexual and social tension between them; it isn’t just the weirdo place they find themselves in. But when the gory/scary stuff really starts happening, the film suddenly loses its dramatic charge. The focus is muddled and uncertain. When tough guy Josh (who we learn has already done jail time for violence) starts taking action against someone who might not actually have done anything wrong, the film starts becoming more of a suspense thriller in which our four hapless heroes have to cover up their own misdeeds. It almost seems as if they themselves are the bad guys, which undermines the potency and the dramatic point of the threat that emerges from the darkness.

• The Rental is available on Amazon Prime Video from 22 January.

Working from bed? Here’s how you can still look professional | Fashion