You’re probably looking forward to seeing Scarlett Johannson and Florence Pugh in skintight neoprene and thigh-holsters. I know I am. But while Marvel’s postponed Black Widow movie hovers perpetually on the horizon like a black ops chopper, hitwoman completists can get their fix from Ava. Jessica Chastain plays a contract killer who, in between assignments, juggles father issues, sister issues, ex-boyfriend issues, alcohol issues and PTSD. No wonder the stress is starting to show.

It’s hard not to have a sneaking admiration for the way Ava shoehorns in every hitwoman cliche in the book: posing as a sex worker, killing in a red backless frock, crying while killing, disco carnage. The only trope missing is Killing While Showing Stocking Tops, as featured in, for example, Atomic Blonde, Anna and Terminal.

Ava also squeezes in a trifecta of classic hitperson plot motors: Set Up By Her Own Side, Revenge, and Wants to Lead a Normal Life. But mostly, she follows faithfully in the footsteps of Atomic Blonde, Peppermint, Anon, Proud Mary, Colombiana, Terminal and a bunch of other films featuring women as chic killing machines, invariably accessorised with attractively ripped upper arms, mega-lipstick and an assortment of wigs.

One fundamental difficulty with hitwoman movies is that the film-maker would like audiences to empathise, if not sympathise, with protagonists who are not just merciless killers, but mythical creatures. “The idea that there are these incidentally huge-breasted women in designer dresses who kill people for money – it’s a total fantasy,” says Luke Jennings, author of the novels on which TV’s Killing Eve was based. And indeed, the only trait heroine Jodie Comer’s delightful, skittish, fashion-forward Villanelle shares with her nearest thing to a real-life counterpart – Idoia López Ruaño, a Basque separatist jailed in 1994 for a series of assassinations – is her sociopathy.

But if hitwoman movies were concerned with realism, they wouldn’t make their female assassins charismatic stunners. (Yes, Blake Lively in The Rhythm Section credibly dresses down, but this stab at verisimilitude is cancelled out by the ease with which she picks up stunt driving and parkour.)

It’s said that once a woman gets past 40 she becomes invisible, so the most effective contract killer would be a clumpy-shoed Rosa Klebb no one would look twice at. But male studio executives don’t want to sleep with Klebb, James Bond’s nemesis in From Russia with Love, and they don’t think male audiences do either – unless, perhaps, she were played by Helen Mirren, carrying the banner for postmenopausal sexy killing machines in such films as Shadowboxer and Red.

There is also a girls-on-top aspect to hitwomen that may appeal to fans of, say, Ilsa, She Wolf of the SS. You can’t help but wonder what the deal is for someone like Luc Besson, a one-man hitwoman industry who has written, directed or produced at least six, including the influential Nikita and Transporter 2, which featured Lola the Lingerie Assassin. Besson has been accused by multiple women of sexual misconduct, which he denies.

The Russian hitwoman is a recurring fantasy figure. Fons et origo is 1963’s From Russia With Love, blessed with its Beauty and the Beast tag-team of deadly Klebb and Tatiana Romanova, straight out of the Honeytrap School of Espionage. More recent Russian hitwomen lean more heavily towards the sexpot, with the ballerina or supermodel taking centre stage, while the less glamorous older woman (Mirren in Anna, Charlotte Rampling in Red Sparrow) gets shunted to the sidelines.

It’s not as though movie hitmen are any more realistic. Real-life assassins are less like ethereally beautiful Alain Delon in Le Samouraï, and more like the Russian bunglers visiting the famous 123-metre spire of Salisbury cathedral. But at least Delon is allowed a sort of existential grace denied to hot messes like Ava or The Rhythm Section’s Stephanie, who seem little more than beneficiaries of Hollywood trying to jiff up a tired formula by giving it a female lead.

If anything, it makes you nostalgic for the days of Elke Sommer assassinating an oil tycoon with a backwards-exploding cigar in the delicious 1967 Bond spoof Deadlier Than the Male. Unless we’re talking about a distaff version of Lynne Ramsay’s You Were Never Really Here, a modern masterpiece that deserved all the attention that went instead to Joker, I’m not interested in back stories like father issues and PTSD. I’d rather watch hitwomen in a wide variety of wigs, killing people in cool ways.

Women clearly want to play them: Charlize Theron, Margot Robbie and Jessica Chastain produced their respective hitwoman movies, while Taraji P Henson was an executive producer on Proud Mary. But lumbering your protagonist with by-the-numbers issues, or an orphan to bond with, doesn’t make her any more rounded as a character. It just makes her a newly minted stereotype to add to the traditional female action movie roles of wife, girlfriend, stripper, sex worker and kidnapped daughter.

• Ava is released later this year.

Cuties: how an unreleased Netflix film whipped up a frenzy of fury | Film

The Witches at 30: a horror film for children that continues to terrify | Film

These Disney Characters Have The Same Name — Which Character Is The Best?

There’s more than one Milo. 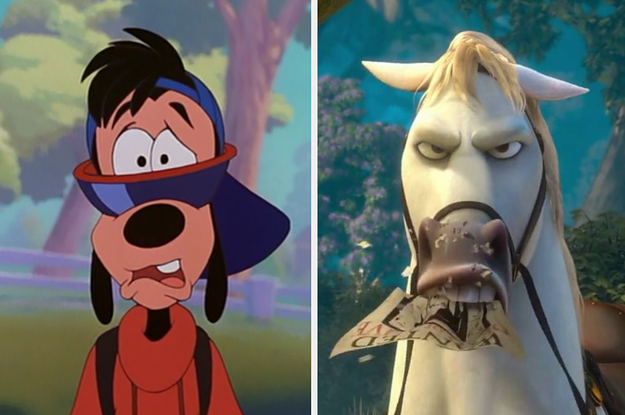 Having gone quiet for a few months since lockdown, the reliably informative Exhibition on Screen series returns with a profile of Frida Kahlo, the Mexican painter who has long been venerated as a pioneer of feminist iconography as well as a champion of the country’s indigenous culture. While the series tends to use large-scale exhibitions as a cue, this film spends only brief periods inside a gallery spaces – primarily the Museo Dolores Olmedo in Mexico City, which holds significant amounts of Kahlo’s work, as well as her husband’s Diego Rivera. Instead, we get a straightforward, meat-and-potatoes overview of Kahlo’s life, peppered with copious commentary from the usual top-notch academic and curatorial talent, as well as family members.

While it’s perhaps not fair to make grandiose claims for this sober-toned film, I suspect it’s trying to somehow reclaim the artist from “Fridamania”, the surge of admiration that swept the cultural world in the 70s and 80s when Kahlo’s preoccupations – her brutal physical realities, the adoption of costume and imagery, the use of her body as a personal theatre – became fashionable, decades after her death. There’s a measured tone throughout, as well as some great photographs: Kahlo with Rivera, who always seems to look as if he’s just woken up; Kahlo’s father, whose spiffy goatee is surely the source of the shadowy facial hair Kahlo liked to paint on to herself; and Kahlo herself as a radiant teenager and twentysomething, despite the horrific bus crash that affected her from the age of 18.

Though necessarily a little light on detail, this is a film that covers the required bases, striking a good balance between Kahlo’s often dramatic personal life and the ins and outs of her artistic achievements. (A fervent case is made that Kahlo was the first artist to render menstrual blood on canvas, in her heartbreaking depiction of her miscarriage and hospital stay in Detroit, where she had accompanied Rivera on one of his mural commissions.)

There’s also an interesting sidebar on Mexican retablo painting – the votive street art that is still a traditional method of attempting to gain divine intercession – which Kahlo herself collected and which was a clear influence on her own work. All in all, a very watchable film about an ever-intriguing figure.

• Frida Kahlo is in cinemas.

27 Things We Learned On Zoom With Kelvin Harrison Jr.

3. What are you currently binge-watching on Netflix.

4. Name a celebrity on your bucket list to star with in a project.

5. Desert island: what are three albums that you cannot live without?

The Piano Album by PJ Morton and Rick Wakeman, Kind of Blue by Miles Davis, and Believe by Yolanda Adams.

6. Who is your childhood celebrity crush?

7. What is one thing you cannot leave your house without?

Lip balm. I have to have my lip balm. [My manager] Brandi actually got me this thing for Christmas, the Jack Black [Balm Squad lip balm kit], and I still use it.

8. What is a typical day like for you in quarantine?

I would wake up in the morning, I would meditate — like a 30-minute mediation — and then I would write in my journal. Whatever I saw in my dream or my mediation, I would [write] a poem; I started writing these little poems based on the visuals I saw in my dreams. It was always weird. Then, I would make my breakfast, do a workout, read for a couple of hours, catch up with some friends [on FaceTime], and then I would decide if I wanted to watch a movie or binge-watch some TV. And then paint, and then go to sleep. That was literally what I did every day [before I returned to work].

Autumn seems to come later these days – is the climate crisis to blame? | Autumn