Since I could stare at photos and pretty drawings of food all day, I’m back again with the semifinal side-by-sides of the drawings next to the bakes.

Note that the drawings are, of course, done after the final bakes by illustrator Tom Hovey (aka the man with the coolest job ever!). He once told Vulture, “My job is to illustrate what the bakers planned to create, not what they actually baked in the tent.” So I just think it’s pretty neat to see a side-by-side of what the bakers had planned next to how things turned out.

Princess Diana Outfits In The Crown Vs. Real-Life

Until relatively recently, an apology in the arts review columns of any publication was vanishingly rare, if not non-existent. If crow had to be eaten, it would be the end result of some unprecedented legal action in which defendant and plaintiff had grimly established – through a poker-game exchange of solicitor’s letters – what the likely outcome would be in court.

In the immortal words of Christopher Hitchens: ‘Apologies are a bore. What we want is an explanation’

Not any more. In 2018 the New York Times’s then drama critic Ben Brantley issued an apology after being accused of transphobia for a quip about the Broadway musical Head Over Heels. He had affected a satirical confusion about its star, the trans performer Peppermint whose character identified as non-binary.

Now Variety – a magazine with a first-class roster of film critics – has felt the need to apologise for its review of the Carey Mulligan movie Promising Young Woman, in which the reviewer Dennis Harvey said that he thought Mulligan had been miscast. Harvey wrote that “though a fine actress”, Mulligan was “an odd choice” and appeared to be in “bad drag”. He said the film’s producer Margot Robbie may have been better in such a confrontationally sexual role.

The review was published in January 2020, but after Mulligan attacked it in an interview, Variety has done something that can only be described as having your humble pie and eating it. They have run an apology: “Variety sincerely apologises to Carey Mulligan and regrets the insensitive language and insinuation in our review … that minimized her daring performance.” But they’re still running the review below, with the supposedly offensive passage quite intact.

That is very feeble of them. And in the immortal words of Christopher Hitchens: “Apologies are a bore. What we want is an explanation.” Maybe Mulligan was particularly angry about this review because it appeared in a magazine considered to be the industry bible, vital in awards seasons, and so a review is closer to a school’s Ofsted report than the subjective piece it might be in other publications. And as the Telegraph’s Robbie Collin suggests, it could well be that Variety’s sheepish half-climbdown is due to a cringing fear of the all-powerful studio and talent PRs, ferociously threatening to close down access to the stars in their stable.

But that is not the point. There are legions of women commenting on social media today to say that – guess what – they too are bored, in the withering Hitchens sense, with Variety’s timid semi-apology and what they want is a broader and more diverse range of critical opinions and more women’s voices coming through. And something else too: they will want critical freedom and publications with the intellectual courage to back them up.

For what this is worth, I disagree sharply with Harvey about Mulligan being miscast. She doesn’t just do “English rose” personae. This is a performance to compare more with her brilliantly challenging and transgressive role in Steve McQueen’s Shame. But critics are allowed to have opinions, however disagreeable, and even make remarks about an actor’s image up there on the screen – as long as they are offered in good critical faith, which I think the Variety review was. Mulligan is entitled to her opinion as well, and critics are not immune from criticism.

Here's Everything We Know About Demi Lovato's New Show, "Hungry" 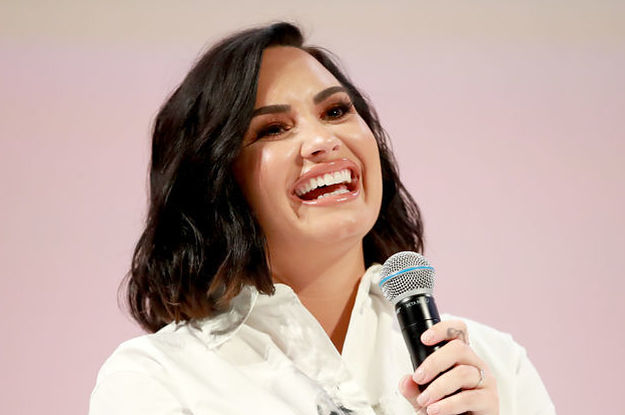 Let’s see if you know the girls.